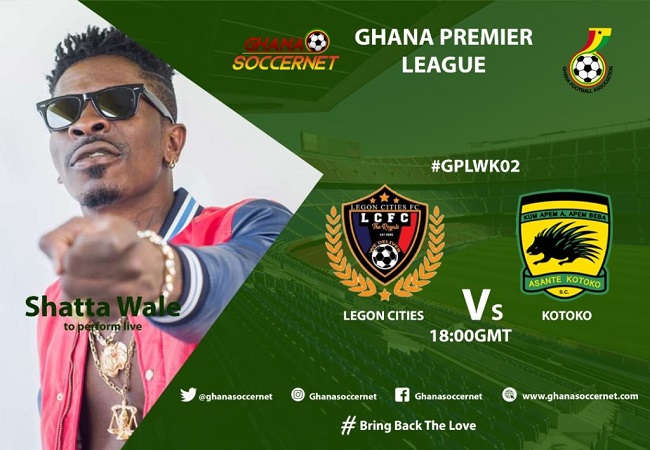 Legon Cities are still Asante Kotoko in search of their first win of this Ghana Premier League season. The two Ghana giants will return to Premier League duty, as they will face eache other in a matchday five-fixture. Game to take place at the Accra sports stadium.

The Porcupine Warriors are winless in their first two games of the season, drawing with Techiman Eleven Wonders (1-1) and Berekum Chelsea (1-1).

They have not played a League game since the draw against Chelsea on 22 November. This due to their participation in the CAF Champions League.

Coach Maxwell Konadu’s side have scored two and conceded two, meaning they have to up their game to beat Legon Cities in this encounter.

Kotoko have two outstanding games against Accra Great Olympics (Match day three) and Medeama SC (Match day four). They will be pushing for their first win of the season against a Legon Cities side. They who are yet to win a game going winless in four games. Including a draw on Saturday, against Dreams FC at the theatre of Dreams at Dawu.

Cities’ are now coached by Bashir Hayford, a man who led Asante Kotoko to win the Premier League in the 2007/2008 season. He will be making an appearance in the dugout against his former employers in search of a win.

The presence of Asamoah Gyan is expected to boost the morale of the players of Legon Cities. Gyan played 18 minutes against Medeama SC in their match day three fixture. And he is likely to feature against Asante Kotoko. A club he vowed to play before he retires.

Legon Cities have conceded 4 goals and scored only one in their first four games. A situation that needs immediate solution. They leaked three goals against Great Olympics. Even though they kept a clean sheet against Medeama SC and Dreams FC, they leaked one goal on march day one against Berekum Chelsea.

Jona Attuquaye, Baba Mahama, Nicholas Gyan, Raphael Ocloo and Elvis Opoku have to work off their Sox to stand Asante Kotoko who have yet to register a win this term.

The last encounter between the two sides ended 3-1 in favour of Asante Kotoko in the truncated 2019/2020 season.

This game will kick off at 6pm. And StarTimes will broadcasted live on Adepa channel 247.