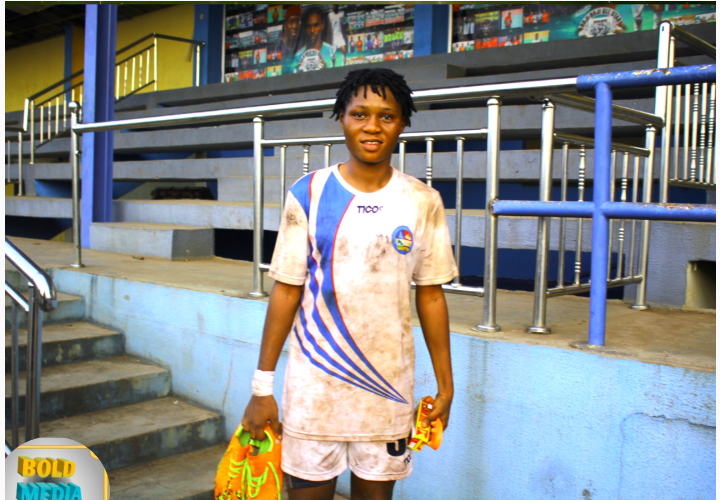 Dominance who joined Delta Queens this season marked her debut with a brace in Wednesday 4-1 win against Dreamstars Ladies at the Agbor Township Stadium.
The winger broke the deadlock for the hosts just nine minutes of play before completing her brace on the 36th minute.
Speaking with Africatopsport.com after the game, the winger expressed delight for scoring on her debut.

She said her target is to help her club finish top of the league and also top the goal chart.
“I thank God that I was able to mark my debut with a goal. 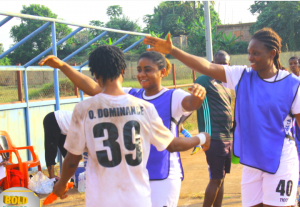 Delta Queens winger, Odunbanjo Dominance celebrates with her teammates after she scored a brace in the 4-1 win against Dreamstars Ladies in matchday 1 of the NWFL.

“I actually anticipated the goals because I have been working on scoring goals even in training.
” I want to also appreciate my teammates for their support, because I couldn’t have scored the goals without them.
Asked how she was so confident taking on the opponent defender with ease she said;
“Dreamstars Ladies are a very tough side but it was our experience that did the work for us.
On what is her target as a winger in the 2020/2021 NWFL season, she said;
“My target this season is to help my team win the title and doing that means helping them to score goals in each game.
” This season I want to finish it as the highest goal scorer and I am hoping to score 15 goals.”