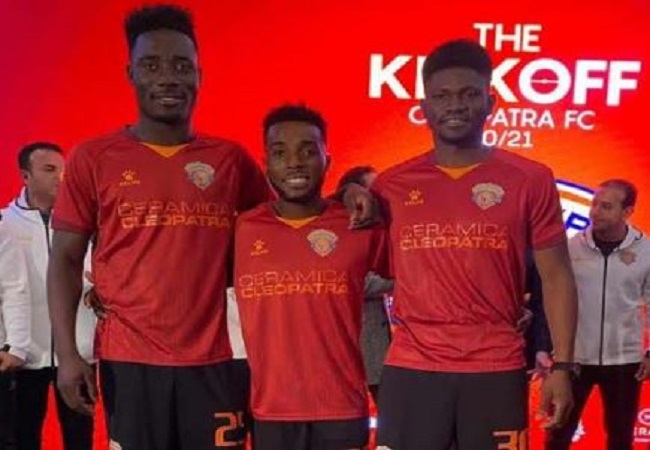 The players include former Hearts of Oak midfielder, Winful Cobbinah. He who recently had a stint in Albania. Kwame Bonsu and former Asante Kotoko midfielder Maxwell Baakoh.

The target of this move is to mark a new challenge in the respective careers of the three players. As they hope to get invitations in the national teams.

Cobbinah was the first Ghanaian to join in a three-year deal from Albania side KF. Kwame Bonsu then followed from Esperance with a two-year deal.

The latest was the former Kotoko midfielder Maxwell Baakoh. He who completed his move on Monday until 2023. This after his contract with the Porcupine Warriors run out prior to the 2020/21 Ghana Premier League.

The trio’s mission is to help the newly promoted side to make a mark in their debut season in the Egyptian topflight.