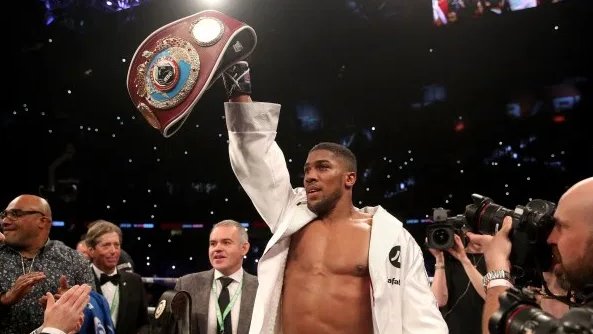 Anthony Joshua ruthlessly floored Kubrat Pulev in the ninth round of their world heavyweight championship bout at The SSE Arena, Wembley, on Saturday night to retain his tirle.

Joshua returned to the ring almost one year after he defeated Andy Ruiz Jnr to reclaim his heavyweight title.

The IBF, WBA and WBO title holder was mandated to defend his titles against Bulgarian fighter Pulev.

The Briton produced an explosive performance that could have seen him win the fight in the third round but Pulev managed to return back to his feet. 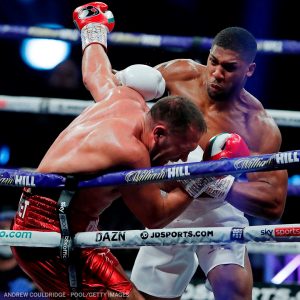 After a heated pre-match, Joshua showed why he remains one of the best boxers of his generation as he landed a series of jabs on Pulev.

When Joshua let his hands go for the first time with a four-punch salvo in the second round, Pulev smiled sarcastically back at him.

Watch Joshua knocks out Pulev in the ninth round

Joshua smashed Pulev with a perfectly-timed right hand in the third round that badly hurt his challenger.

Joshua hunted him, desperate for the knockout, and landed a brutal barrage of uppercuts and hooks which eventually toppled Pulev to the canvas.

It seemed likely to be all over but Pulev, whose only previous loss in 29 fights was against Wladimir Klitschko, survived to the bell after which he threw an illegal shot that fizzed past the champion’s face.

Joshua, eyes bulging and tongue out, stared a hole through Pulev and spoke to him as the next round was set to begin.

He regained his composure and, in the fifth, cracked home a big right hand which didn’t budge Pulev, who ended the round strongly after some feisty back-and-forth trash talk.

A spiteful fight became gritty and rugged in the sixth when Pulev began winging wild swings that didn’t hit their target, but did force ugly exchanges.

Three consecutive uppercuts from Joshua hurt Pulev in the seventh but still the tough Bulgarian would not cede ground.

Pulev then landed his best punch, a straight right hand, in the eighth.

But Joshua closed the show in the ninth with another colossal uppercut which crumpled Pulev to the floor for the second time.

Still Pulev rose but a right hand from Joshua sent him flying backwards and split his lip bloodily, ending the fight in a flash.

The victory sets the stage for a possible undisputed champion bout against Tyson Fury and the much anticipated fight could hold in 2021.