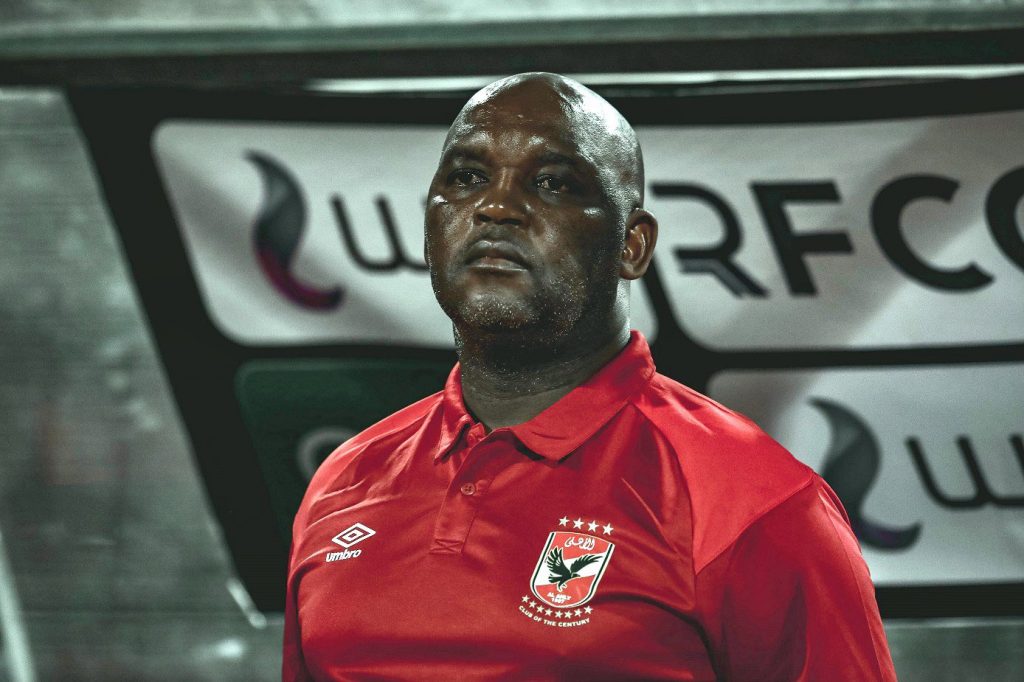 Al Ahly head coach Pitso Mosimani said he is impressed with his side league opener victory against Masr El-Maqasa but urged his players to remain focused.

The Egyptian champions kicked off the 2020/2021 Premier League campaign with a convincing 3-1 win against their El-Maqasa on Sunday.

Pitso while speaking after the game said the result achieved by the team on Sunday evening, at the expense of opponent does not reflect the course of the match.

The South African however also expressed his happiness by winning the first three points against a strong competitor.

He added that the team had many opportunities, but did not succeed in translating them into goals, noting that the challenges that await the team need more focus and scoring half opportunities.

He also hailed their opponent as a team with good quality and a good head coach who are good in building attacks from the back..

He pointed out that the formation of the team this evening witnessed the participation of many new elements, which need more time

He singled out Mohamed Sharif goal which was ruled out for offside adding that he would watch the goal again to see of the referee decision to cancel the goal was right.

The former Mamelodi Sundowns coach also gave reasons why Malian player  Aliyu Diang was not included in the squad to his return from infection with the Corona virus.

Adding that Al-Ahly has many distinguished players in midfield, including Al-Sulayyah and Hamdi Fathy, but it is not possible to push them all at the same time.