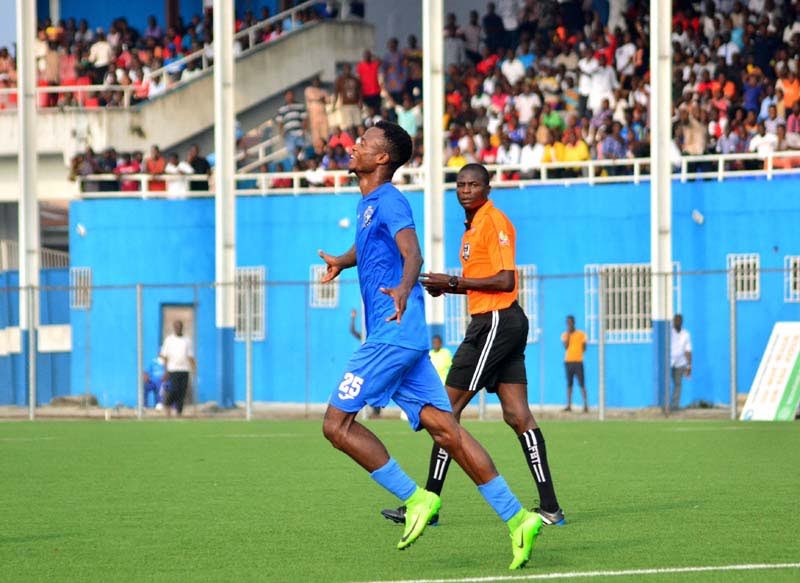 Nigeria Professional Football League (NPFL) side Enyimba FC has been hit with an injury setback ahead of their CAF Champions League game against Al Merrikh.
Enyimba will be without the service of Victor Mbaoma who is a key player for the club.
Mbaoma scored Enyimba’s lone goal against Rahimo in the CAF Champions League preliminary match in Ouagadogou last month.

The player has now been ruled as he is yet to recover from the knock on his ankle in the second leg game in Aba.
The club in a statement on Tuesday said the 24-year old was unable to train with the club as they prepare for the trip to Omdurman.
The People’s Elephant will play Sudanese giants next week Wednesday in the first leg of the CAFCL at the Al Hilal Stadium as Al Merrikh Stadium is still undergoing renovation.