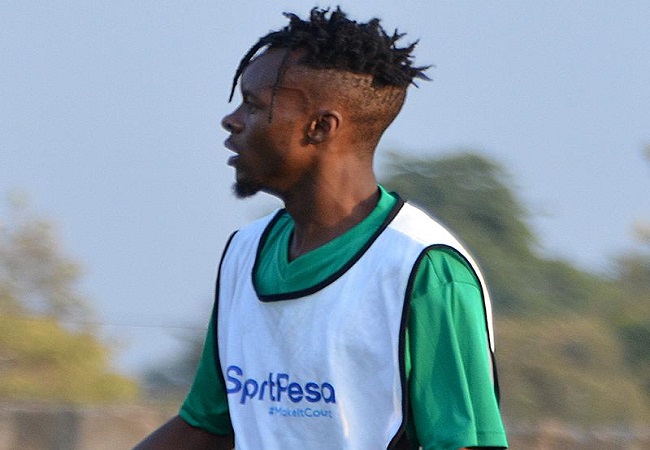 The Fifa Dispute Resolution Chamber has ordered Gor Mahia to pay Tanzanian winger Dickson Ambundo KSh1.3 million in accrued remuneration and salaries within 45 days. The winger was at K’Ogalo for a one-year-long loan deal from Alliance FC. But he left the Kenyan side in July with pending salaries.

The winger, now at Dodoma Jiji, joined K’Ogalo for the 2019/20 season. But he left in July when the Kenyan giants were in financial turmoil following the exit of their sponsor. During his time at the club, the winger was used in the front three positions owing to Steven Polack’s struggles to get a consistent striker. Especially after the departure of Francis Afriyie and Gnamien Yikpe.

His acrimonious exit has now landed Gor Mahia in Fifa’s hot soup and to avoid a transfer ban, the Kenyan giants must settle the monies owed within 45 days.

“The respondent shall provide evidence of payment of the due amount in accordance with this decision. Duly translated, if applicable, into one of the official Fifa languages (English, French, German, Spanish).” The Fifa statement, in possession of Goal, said.

“The respondent shall be banned from registering any new players, either nationally or internationally, up until the due amount is paid. And for the maximum duration of three entire and consecutive registration periods.

“The aforementioned ban mentioned will be lifted immediately and prior to its complete serving, once the due amount is paid.

“In the event that the payable amount as per in this decision is still not paid by the end of the ban of three entire and consecutive registration periods, the present matter shall be submitted, upon request, to the Fifa Disciplinary Committee.”

Gor Mahia become the third Kenyan club to find themselves on Fifa’s wrong side after Wazito FC and KCB.  Fifa ordered Wazito to pay an amount up to KSh6 million for releasing five foreign players without following due process.

On the other hand, Fifa ordered KCB to pay Rwandan international Gabriel Mugabo KSh1.8 million for breach of his contract.