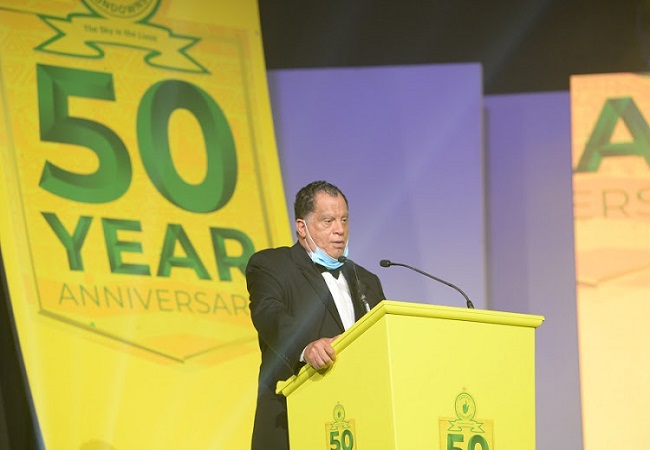 Over the past few weeks‚ South African football has lost former Bafana Bafana and Mamelodi Sundowns defenders Anele Ngconcga and Motjeka Madisha. Both died in separate accidents in KwaZulu-Natal and Gauteng respectively.

Safa president Danny Jordaan says the picture of footballers losing their lives in car accidents is depressing. And he has called on to put urgent measures in place to prevent more deaths.

Jordaan said the National Executive Committee (NEC) of Safa‚ which met this week at Safa House‚ has noted with concern the loss of lives of footballers.

“The two other things that came out of the NEC meeting are that we noted with concern the loss of young players through car accidents.” He said.

“You know we had situations with Lesley Manyathela‚ Gift Leremi‚ Richard Hanyekane and the list goes on and on. Now recently it was Anele (Ngcongca) and off-course the latest is Motjeka Madisha. The Madisha accident was in particular horrific. So the NEC said we have to look at what measures we can take to safeguard our young players.”

Jordaan added that focus is often on those who lose their lives. But there are many other footballers who end up paralysed due to accidents. And they are unable to continue with their careers.

“We only focus on those players who actually die from these accidents. But there are others who are involved in serious accidents. And they end up being paralyzed. If you add all of them‚ it’s quite a depressing picture of our players getting injured‚ paralyzed and dying in car accidents.

“So‚ we appeal again that all our players must take the necessary precautions to be safe. In this country‚ there is Uber or other forms of transport. Take these measures and be safe‚ particularly during these festive season. It has been a shock. Because he (Madisha) started with the U20 team that won a tournament in Saint Petersburg in Russia.

“It was the first South African team to win a tournament in Europe. And any of the Russian players who played in that U20 tournament represented their country during their own World Cup. He started being part of the Bafana Bafana senior set-up. And we have lost him. On behalf of the NEC‚ we feel for the family. And we want to express our sincere condolences to them.”