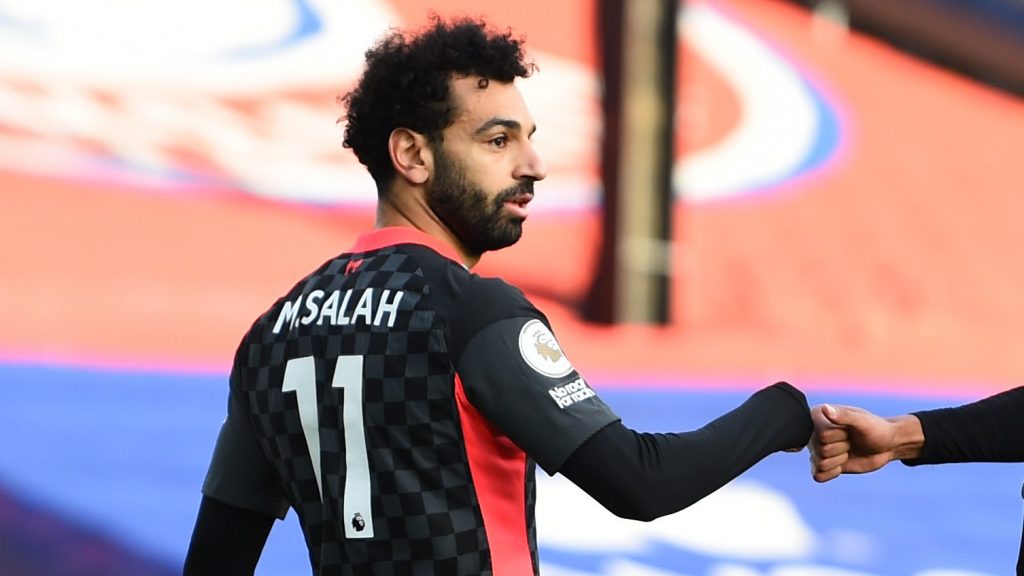 Mohamed Salah was part of history as Liverpool annihilated Crystal Palace 7-0 at the Selhurst Stadium in Saturday’s Premier League game.
The Egyptian forward who came in as substitute for Sadio Mane in the 57th minute, became the first Liverpool player to be directly involved in three goals in Premier League.
Liverpool romped to a 3-0 lead in the first half with Takumi Minamino, Sadio Mane and Roberto Firmino finding back of the net.
Salah’s introduction added another attacking dimension to Jurgen Klopp side as Jordan Henderson scored in the 52 minutes to make it 4-0.

The Egyptian player provided the assist for Firmino to complete his brace and extended the lead to 5-0.
Salah then scored in the 81st and 84th minute to wrap up what was already an easy contest for Liverpool.
He has now scored 110 goals in 173 games so far for the Reds.
It was the first time Liverpool registered an away top-flight win by a margin of seven goals for the first time in their history, while it was their first seven-goal league victory since a 9-0 win over Crystal Palace in September 1989.
According to Opta,i was the first time in Premier League history that different players have assisted for a team in a match.
The victory was Jürgen Klopp’s 127th league victory in charge of Liverpool, overtaking Rafael Benítez (126) as the Reds boss with the most wins in Premier League history.