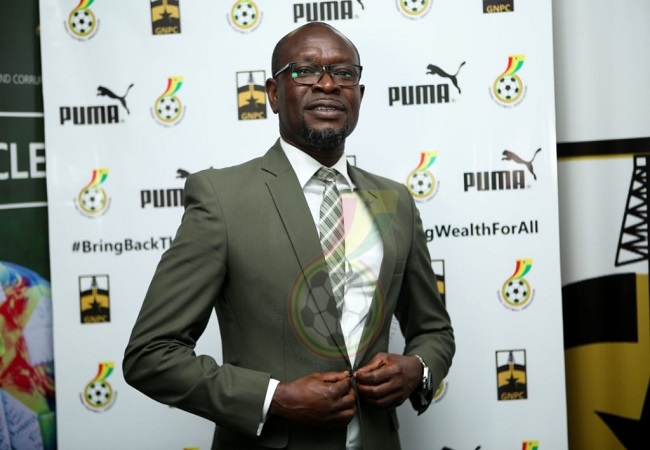 The former Netherlands international of Ghanaian descent George Boateng assesses the early performance of the Black Stars coach. According to ex-Aston Villa and Middlesbrough man, Ghana coach CK Akonnor is on course to lead the national team to glory. This is despite a topsy-turvy start to his time at the helm of affairs.

After replacing James Kwasi Appiah in January, Akonnor’s first test ended in disappointment. As the Black Stars succumbed to a 3-0 loss to Mali in an international friendly fixture in October. Three days later though, the four-time champions made amends with a big 5-1 triumph over 2022 World Cup hosts and Asian champions Qatar in a second friendly.

Last month, Akonnor supervised his first competitive game as Ghana defeated Sudan 2-0 in a 2022 Africa Cup of Nations qualifying double-header. Five days later, the Black Stars saw themselves on the losing side once again. They fell 1-0 away to Sudan in the reverse fixture of the Afcon qualifier.

“I think as a nation, we need to give C.K the time to explore, to learn.” Boateng, who was born in Ghana but travelled to the Netherlands as a boy, told Citi Sports. “We have to give him a chance and support him and the team to qualify.

“In the first fixture against Sudan when Dede [Andre Ayew] scored twice, I thought it was really enjoyable football. They played really well.

“That gives us a lot of hope that C.K eventually might get what we need. And put a team together that is willing to fight for the country.”

Akonnor has been tasked to qualify Ghana for the 2022 Afcon and win the tournament. And as well guide the Black Stars to reach the 2022 World Cup. Ghana won the last of her four Afcon titles in Libya in 1982.

“It’s not about me. It’s about us.”Akonnor told TV3 in May. “Over 30 years we’ve not won Afcon. I don’t want to be just another coach who comes in to manage Ghana and goes and then it’s the same story.

“I want us to work and make an impact, be relevant.”

The Black Stars return to action with a pair of Afcon qualifying fixtures against South Africa and Sao Tome and Principe in March next year.