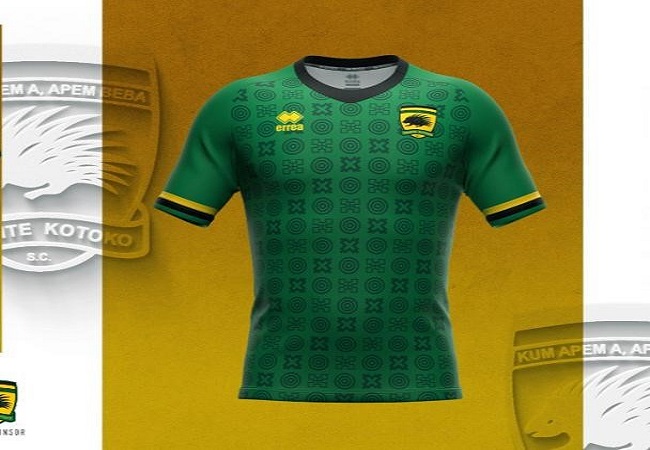 Asante Kotoko kit sponsors, Errea has released a traditionally motivated third kit. Equipment the Kumasi-based club will use in the ongoing 2020/2021 football season.

Last October, the Porcupine Warriors club announced a sponsorship deal with the Italian sports equipment company supplier for a period of three years.

“We are pleased to announce a three-year partnership with Italian sportswear giants, Errea for the 2020/21, 2021/22, 20222/23 seasons”. A statement from the club Chief Executive Officer, Nana Yaw Amponsah said at the time they signed the deal.

Prior to the start of the Ghana Premier League season, OEM Errea released the official home and away kits that Asante Kotoko are now using.

Today, the Italian firm has released the third kit for the Porcupine Warriors. The shirt created to enhance the Ghanaian cultural heritage through the Adinkra symbols representing power, strength, and leadership.