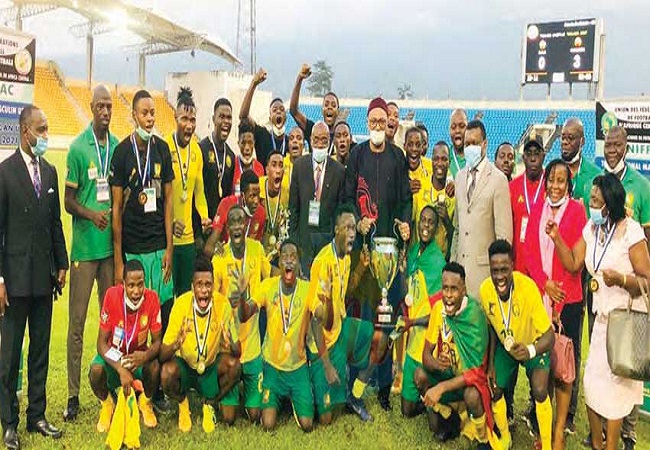 The U-20 national football team are the winners of the 2020 U-20 UNIFFAC Cup. The young lions thrashed the Central African Republic 3-0 in the final. Meeting that took place on 22nd December 2020 at the Estadio de Malabo, Equatorial Guinea.

Coach Christophe Ousmanou’s boys recorded a three-nil victory against C.A.R in a final that they dominated till the end. Saidou Ibrahim opened the scoring (33rd minute) and Sunday Jang scored a brace in the second half. The Cameroonians displayed a mastery of football which paid off and that earned them the trophy.