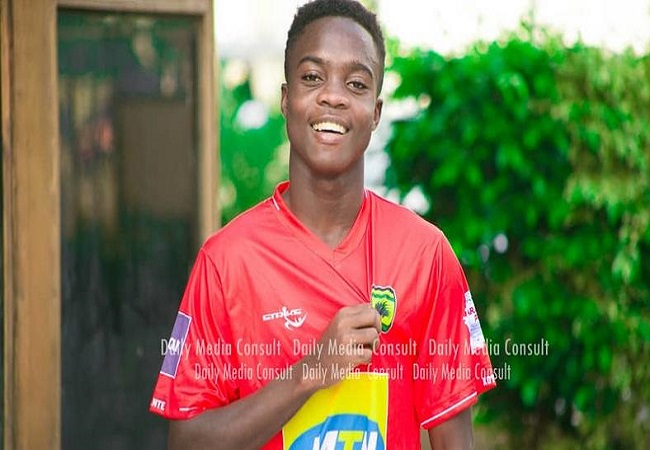 Asante Kotoko did not succeed in signing Matthew Cudjoe. Because his agent demanded $250,000 for his services. The club CEO Nana Yaw Amponsah has revealed the information.

Cudjoe joined the Porcupine Warriors on loan last season. And he sealed a reputation as one of the club’s best players.

The 17-year-old has been deemed one of Ghana’s brightest prospects. This after putting up great performances especially against Hearts of Oak last season.

In an interview with Oyerepa FM, Nana Yaw Amponsah explained why he did not rejoin the club.

“Mathew Anim Cudjoe’s agent was quoting $250,000 loan deal. But the coach didn’t want a loan player. I spoke to Samuel Anim Addo that the money was huge. But he still demanded such amount.” He was quoted as saying on Kumasi-based Oyerepa FM.

Kotoko wanted to sign the talented winger on a permanent deal following an exceptional loan spell. Cudjoe, with no first-team experience, emerged as one of Kotoko’s best players during the cancelled 2019/20 season.

Kotoko best remembered the 17-year-old for his impressive performance as a substitute in the 2-1 victory over Hearts of Oak at the Accra Sports Stadium. He won the penalty which settled the tight encounter in Kotoko’s favour. He currently features for Legon Cities on loan.

Cudjoe is currently on the books of Legon Cities, joining them on transfer deadline day. It is believed that Cudjoe was included in Asamoah Gyan’s big-money deal since Anim Addo is the business manager of the legendary Black Stars striker.