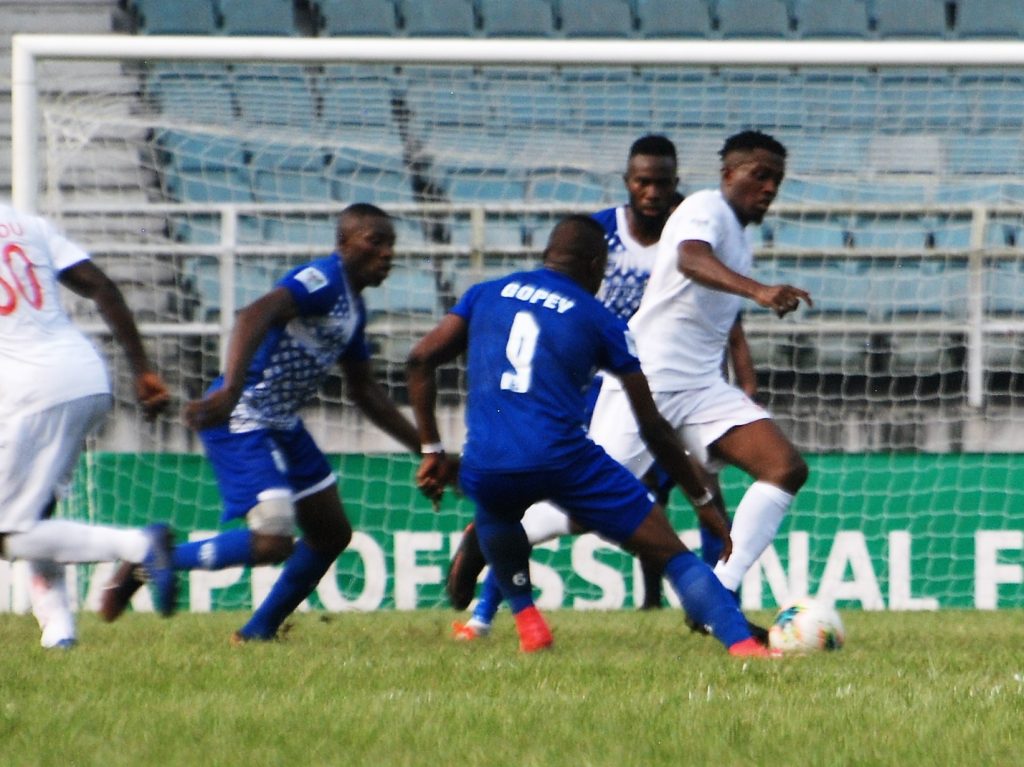 Ten-man Rivers United romped to a 1-0 win against Rangers International in Wednesday’s Nigeria Professional Football League (NPFL) at the Adokiye Amiesimaka Stadium.
It was the last match of week 1 of the 2020/2021 NPFL season which began on Sunday 27th.
With spectators not permitted inside the Stadium due to COVID-19, the game was broadcasted in NTA and streamed live in the NPFL.TV app.
The host got the game underway and almost immediately went in front through Fortune Omoniwari.
Godwin Aguda powered a shot after he skipped pass Rangers player Isaac Loute but his shot was saved by Bonsu Nana.
Rangers had their chance also in the 25th with Agu Kenechukwu delivering a long range shot which was tipped away by Theophilus Afelokai for a corner.
Three minutes later, Rivers finally broke the deadlock with Ominiwari netting what later became the only goal of the game.
Kehinde Adedipe held the ball brilliantly and finds Godwin Aguda at the edge of the box.
Aguda then sent a dipping cross onto the path of Omoniwari who made no mistake to guide home the ball inside the net.
The goals sparked the game into living as Rangers began to seek for an equalizer but the first half ended 1-0.
River United player, Cletus Emoten was then shown a second yellow card in the 73rd minute as the host was reduced to 10-men.
The Flying Antelopes made good use of their numbers but it amounted to nothing as Rivers United held on to their 1-0 lead.