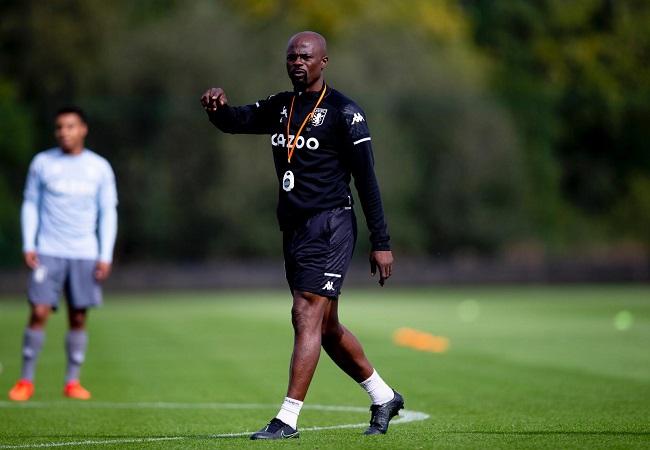 After a playing career which saw him also feature for Hull City, Middlesbrough and Nottingham Forest, George Boateng has turned to coaching. Acknowledging that one of his dream jobs is the Black Stars coaching position. And the former Netherlands and Aston Villa midfielder aims at managing Ghana’s national team in the future. But the 45-year old states “he’s not after CK Akonnor’s job”.

He was born in the Ghanaian city of Nkawkaw. But he moved to the Netherlands as a child, going to to later represent the European nation at international level.

“If the Black Stars need me, I will always be available.” Boateng told Joy News. “I have always said that I will always help. I have a very good relationship with the GFA. [President] Mr. [Kurt] Okraku, the vice-president, Mr. Mark Addo. They are doing a great job now.

“I have always indicated that if they need my services, I am always able to talk. If we can then come together, put our heads together and agree on something, that is perfect.” He added. “There would definitely be an interest to manage the Black Stars.”

For almost a year, the Black Stars have been under the leadership of Akonnor. He who replaced James Kwasi Appiah as head coach in January.

Guided by the former Wolfsburg captain, the four-time African champions have won two and lost two of four games played in 2020.

“CK is doing it. Let him do it. Give him the time that he needs to develop and put a good team together.” Boateng said. “I am not after his job at all! I am now in a very good position.

“And I am enjoying my coaching. I love Aston Villa. It is a great club. We are back in the Premier League.”

Boateng, who made about four senior appearances for the Netherlands at senior level, began his coaching career with Malaysian outfit Kelantan in 2014. He then after joined Blackburn Rovers as U13 head coach in 2018.

In 2019, he headed for Aston Villa as head coach of the U18s before being promoted to the U23 fold this year.

The Black Stars and Akonnor next return to action against South Africa and Sao Tome and Principe in March 2021.

Image of the day : Rudisha Vs Aman this friday in Doha!.

Image of the day : Rudisha Vs Aman this friday in Doha!.