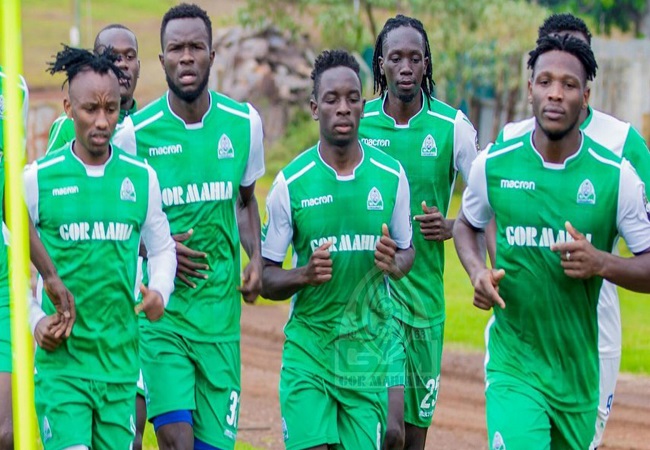 After belatedly jetting back from Algeria on Thursday morning, Gor Mahia treasurer Dolfina Odhiambo denied reports suggesting that she had been detained as collateral to an unpaid hotel bill in Algiers.

Odhiambo failed to fly in with the team from Algeria on Monday with reports indicating that the hotel was adamant that the club had to pay a bill of Sh 600, 000.

Odhiambo, who accompanied the team to Algeria where they fell 6-0 to CR Belouizdad during the first leg of the Caf Champions League’s first-round match, allegedly offered herself as collateral in exchange for the team’s clearance and subsequent departure to Nairobi.

However, Odhiambo insists she missed the flight back due to a traffic jam on her way to the airport.

Odhiambo, who took over from Sally Bolo, added that she encountered challenges in clearing the bill and had to seek assistance from a bank in Nairobi. And hence, he could not catch the return flight on time.

“Contrary to the rumours going around, I was not detained in Algiers. I missed the flight because of traffic jam en route to the airport.” Said Odhiambo.

“The players left for the airport earlier as I remained behind to clear the bill. There were delays in processing the payments since the bill was high. And I had to seek assistance from the bank in Nairobi and ended up arriving late at the airport.”