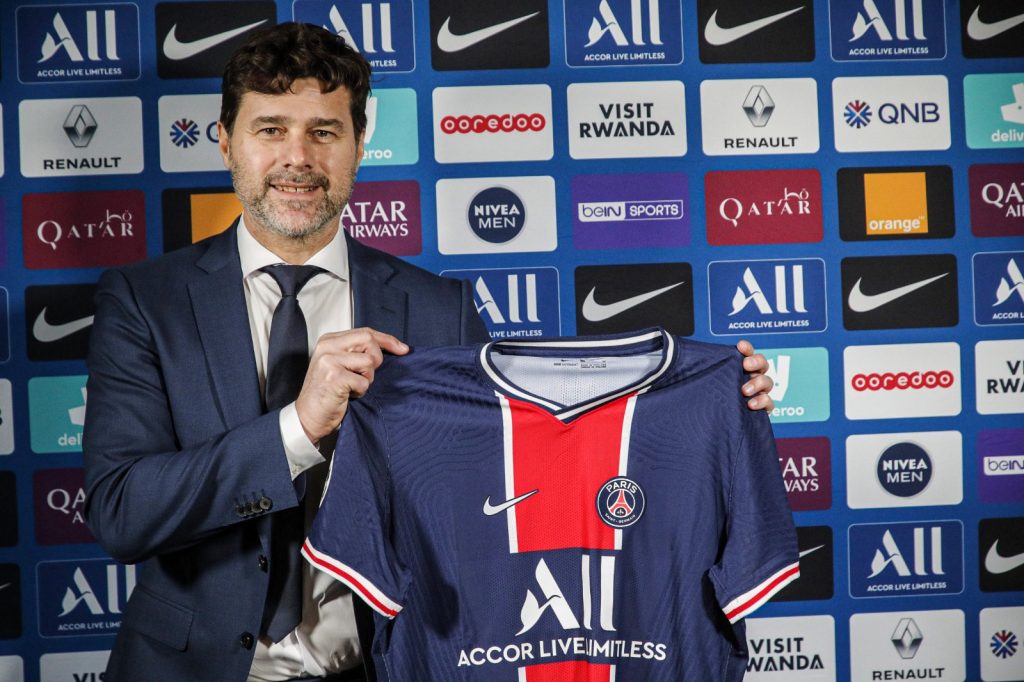 Pochettino signed a one year contract with an option for an extension.

The Argentine will now take over from Thomas Tuchel who was axed by the club following recent poor run of results.

PSG in a statement their former centre-back and club captain will stay with the cub till 30 July 2022.

“Paris Saint-Germain is pleased to announce the appointment of Mauricio Pochettino as it’s new head coach.

“The Argentine has signed a contract with the club from the French capital until 30 June 2022, with an option for an extra year.”

Pochettino was sacked by Tottenham in 2019 by the club Management despite guiding them to the 2018/2019 UEFA Champions League finals.

The Argentine in his first interview after signing the contract expressed delight to becoming PSG new head coach.

“I am really happy and honored to become the new coach of Paris Saint-Germain.

“I would like to thank the Club’s management for the trust they have placed in me.

“As you know, this club has always held a special place in my heart.

” I have wonderful memories, especially of the unique atmosphere of the Parc des Princes.

” I return to the Club today with a lot of ambition and humility, and am eager to work with some of the world’s most talented players.

” This team has fantastic potential and my staff and I will do everything we can to get the best for Paris Saint-Germain in all competitions.

“We will also do our utmost to give our team the combative and attacking playing identity that Parisian fans have always loved.”

While welcoming Pochettino to the club, PSG chairman and CEO, Nasser Al, -Khelaifi said he was proud to see the former in captain return home.

“We are very pleased to welcome Mauricio Pochettino as first team coach.

“I am proud to see our former captain returning to Paris Saint-Germain, as the Club has always remained his home.

“The return of Mauricio fits perfectly with our ambitions and it will be another exciting chapter for the club and one I am positive the fans will enjoy.

“With the appointment of Mauricio Pochettino, Paris Saint-Germain is committed to continue to build and move the club forward over the coming years.”

The 48-year-old Mauricio Pochettino has history at Paris Saint-Germain where, as a centre-back and club captain, he made 95 appearances for the Rouge & Bleu between 2001 and 2003, scoring 6 goals.

Mauricio came through the ranks at Newell’s Old Boys in his native Argentina, before moving to Europe to play for Espanyol FC and then Paris Saint-Germain. Born in Murphy, Argentina, he won 20 caps and scored 2 goals for his country, and his fighting spirit made him a favorite of the Parc des Princes crowd during his 30 months in Paris.

After retiring from playing, Mauricio began his coaching career at Espanyol FC between 2009 and 2012, before developing his experience in England with a spell from 2013 to 2014 at Southampton and then at Tottenham Hotspur from 2014 until 2019.

As Spurs manager Pochettino showed a real talent for managing top-level players with his passion and his ambitious vision of football, taking the Lilywhites to their first ever Champions League final in the 2018/19 season.

Mauricio will take his first training session for the Rouge & Bleu on 3 January 2021 following the winter break.