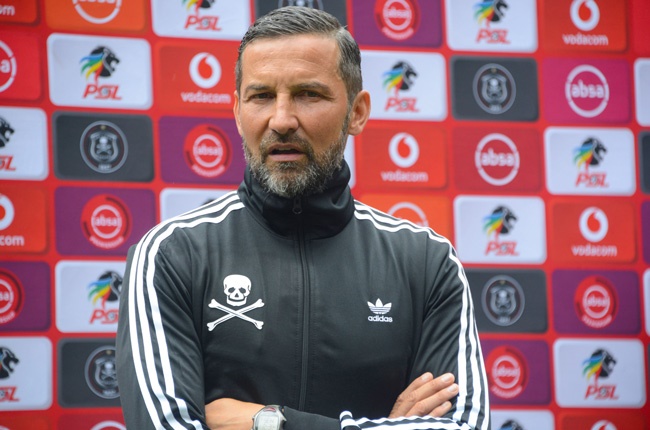 Orlando Pirates coach Josef Zinnbauer rued his side’s missed chances against Mamelodi Sundowns who inflicted them their first defeat of the season.

Bucs conceded their first loss of the season in Dstv Premiership as they failed to equalized Brazilians’ first half goal.

German manager Zinnbauer was then left disappointed after the game.

“All the little luck in think in the first half we were good in the game. We had a lot of opportunities to score a first goal. Second half we did what we can. Played forward, chances yes. But not enough of the final shot or final pass.

“We gave it all in our last 20 minutes. And when you do that, they could hit us on the counter. Then we had a little luck. I’m disappointed. We did a lot of work, it was not a bad performance. But yeah we had not the goal that we need. I think if we scored in the first half, we could have won the game…” he added.