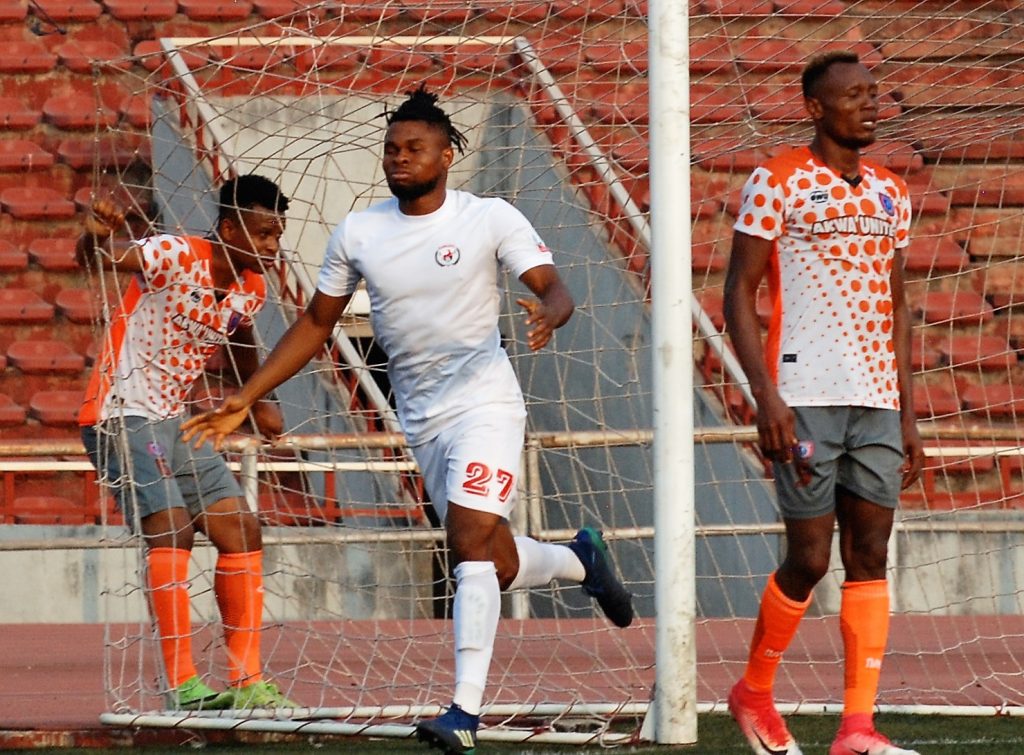 Enugu Rangers striker Israel Abia has promises to keep scoring for his club following their victory against Akwa United in Sunday’s Nigeria Professional Football League(NPFL) clash.
Rangers picked their first win of the 2020/2021 NPFL season after a 1-0 win against Akwa United at the Cathedral.
The Flying Antelopes loss their opening game to Rivers United at the Adokiye Amiesiamaka and were condemned to victory in their first home game.
A pulsating encounter saw both side play a 0-0 draw despite the home team threatening several time to go forward.

Abia finally broke the deadlock in the 60th minute as he connected well with a Madaki’s cross and scored.
The goal scored by Abia was the only thing that separated both side and gave Rangers the much needed win.
Speaking after the game, the forward said he was delight to gave scored the first goal of the season for his club.

“I’m so happy that I scored Rangers first goal this season.

“It was a difficult game because we missed so many chances but the goal gave me joy.
“Many more will surely come.”