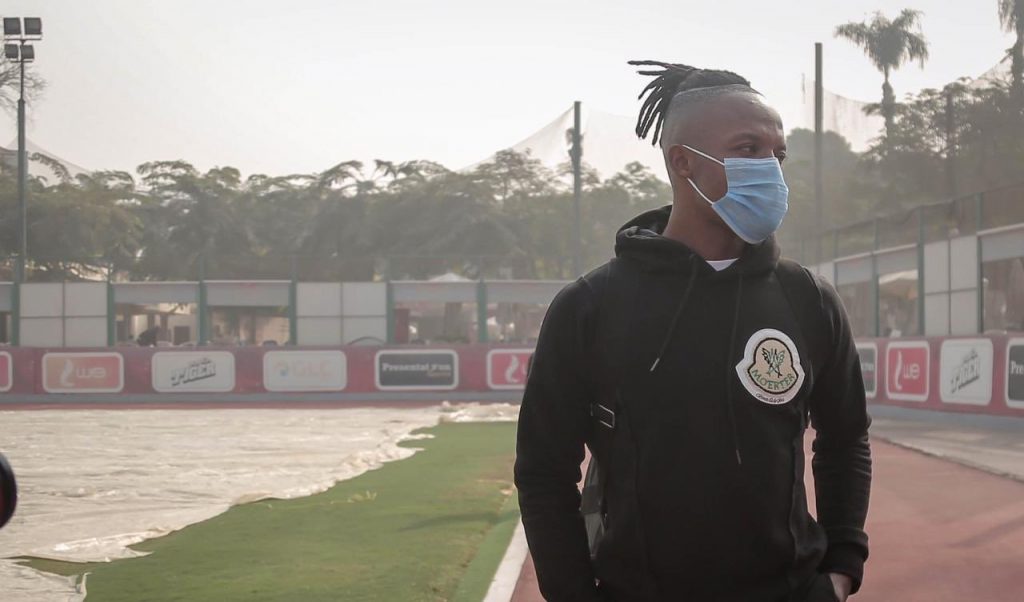 Congolese striker Walter Bwalya said he is ready to deliver for Al Ahly after he visited the club’s headquarters for the first time on Sunday afternoon.

Bwalya joined Al Ahly from El Gouna on a four-year deal in this winter transfer window.

The 25-year-old forward scored three goals in five appearances with Gouna this season before packing his suits.

“I am ready to start my trip with Ahly and I am very enthusiastic for the new experience with the team, as I see it as the most efficient transfer in my football career,” Bwalya told Al Ahly’s official website.

“I am waiting for the fans’ support to introduce a superb performance with the team.”

“I am very happy to play under the leadership of coach Pitso Mosimane, who is considered one of the most effective tacticians in Africa,” the former Nkana FC striker said.

“I know well that coach Mosimane will help me improve my performance as well as introduce a superb performance for Ahly,” Walter Bwalya added.

He is expected to help Pitso Mosimane‘s club in their FIFA Club World Cup campaign next month in Qatar.