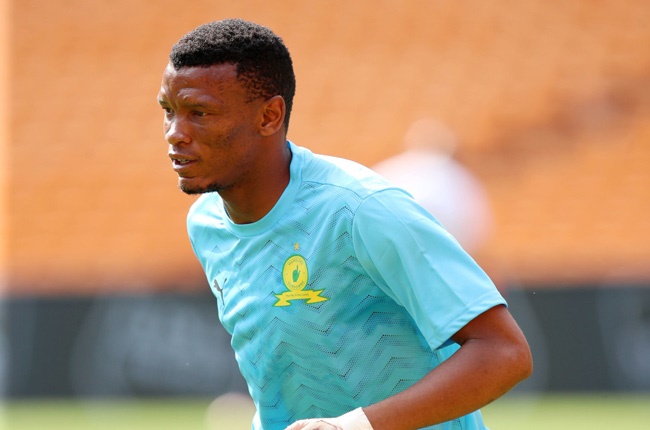 Mvala joined Sundowns this season and was handed his league debuts with the Brazilians in December 2020 against Golden Arrows.

Against Jwaneng Galaxy on Tuesday in the CAF Champions league first round second leg (3-1), the 26-year-old played a great role and he gained attraction from his coach Mngqithi even though he can improve more.

Read more: We were in Christmas mode – said Manqoba Mngqithi after win over Pirates

“He is a very good boy. He has been working silently behind the scenes and we are all excited with what we are getting from him, but we believe he can still do more than he is doing,” said Mngqithi about Mothobi Mvala, per Kickoff.

“We are still working hard on his attacking play, technical build-up from the back and body position, and all those elements that will make him not easily pressed or maybe being a pressing trigger to the opponents.

“But there are a lot of positives that we are gathering from him and we hope to make him a better player with time because physically he gives anything that you want.

“He has a fight with him. He is a good player for the Champions League. I am sure you can see. That’s the reason we brought him here in the first place because we knew in the fight in Africa you need soldiers, and he is one of those.”