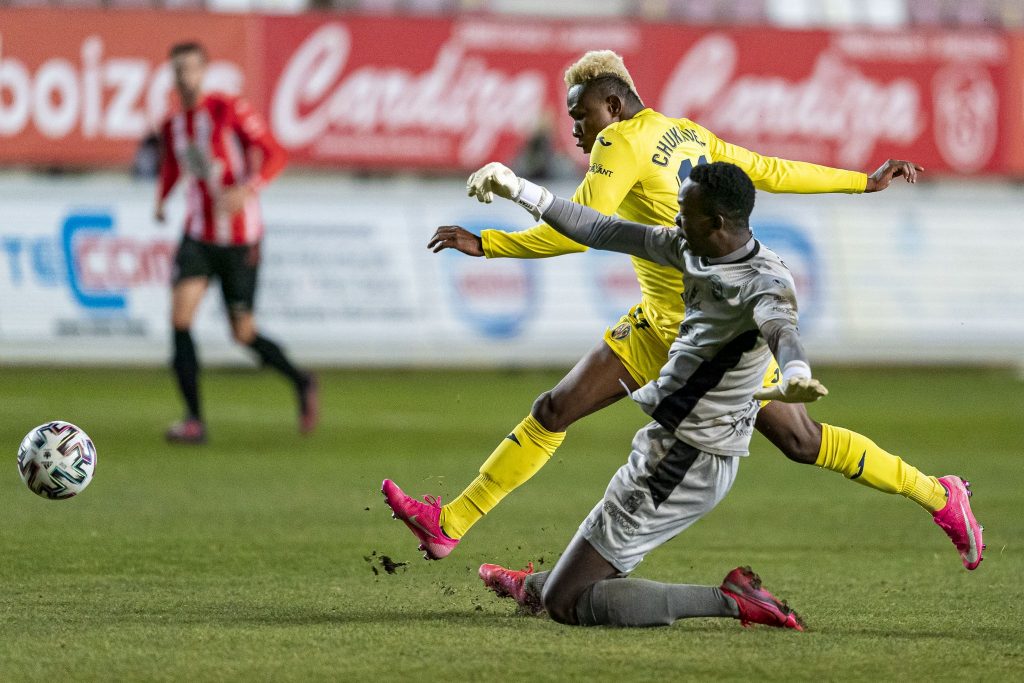 Villarreal has congratulated Samuel Chukwueze for becoming the youngest player in history of the La Liga to reach 100 games for Villarreal.

Chukwueze played his 100th game as the Yellow Submarines coast to the round of 32 in this year’s Copa del Rey with a 4-1 away win against Zamora FC on Tuesday night.

The winger was handed a starting XI place by Unai Emery which saw him becoming the youngest centenarian.

Chukwueze passed through the rank and file of the club to stamp himself in the club first team.

Villarreal in a statement hailed the Super Eagles winger for reaching the feat.

“The Nigerian winger is the youngest player in history to reach 100 games for the Vilarreal CF first team.

“The Nigerian forward has reached the 100-game mark (79 in LaLiga, 13 in the Europa League and eight in the Copa del Rey), aged just 21 years, seven months and 11 days, becoming the youngest player to reach this mark in official games for the Villarreal CF first team.

“With this Tuesday’s cup game against Zamora CF, the player, who came through the Yellows Academy beats Mateo Musacchio’s record, who reached the centenary mark aged 21 years, 11 months and 20 days.