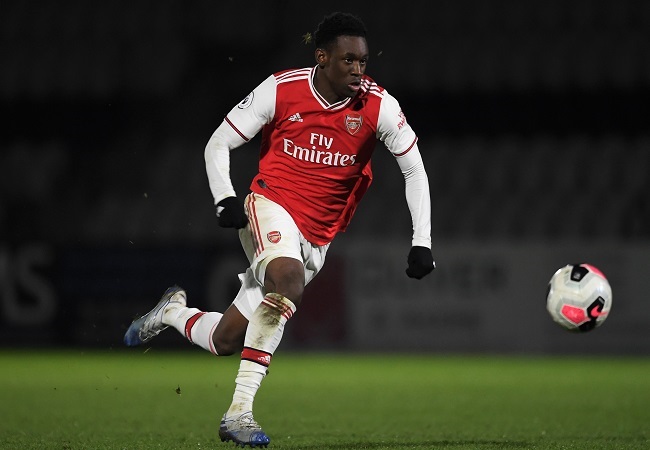 Arsenal have reportedly made a decision on the future of their Hale End academy product of Nigerian parentage Folarin Balogun.

According to Football. London, it is increasingly likely that the highly-rated teenager will be leaving the Gunners as a free agent in the summer. As the current agreement between club and player running out on 30th Jun.

Manager Mikel Arteta previously stated that he would like to retain Balogun. But he has changed his mind. The 19-year-old can sign a preliminary contract with a foreign club this month. But negotiations with one of his suitors abroad in the shape of Stuttgart have broken down.

Liverpool and Swansea City are closely monitoring the situation of Balogun. This with a view to a possible swoop in the summer.

It is believed that Balogun has delayed signing a new deal. Because he fears for his first team opportunities should he extend his stay with the likes of  Pierre-Emerick Aubameyang, Alexandre Lacazette, Eddie Nketiah and Gabriel Martinelli ahead of him in Arteta’s pecking order of strikers.

He has made five first team appearances to date for his boyhood club. Four of them coming in this season’s Europa League, scoring two goals.