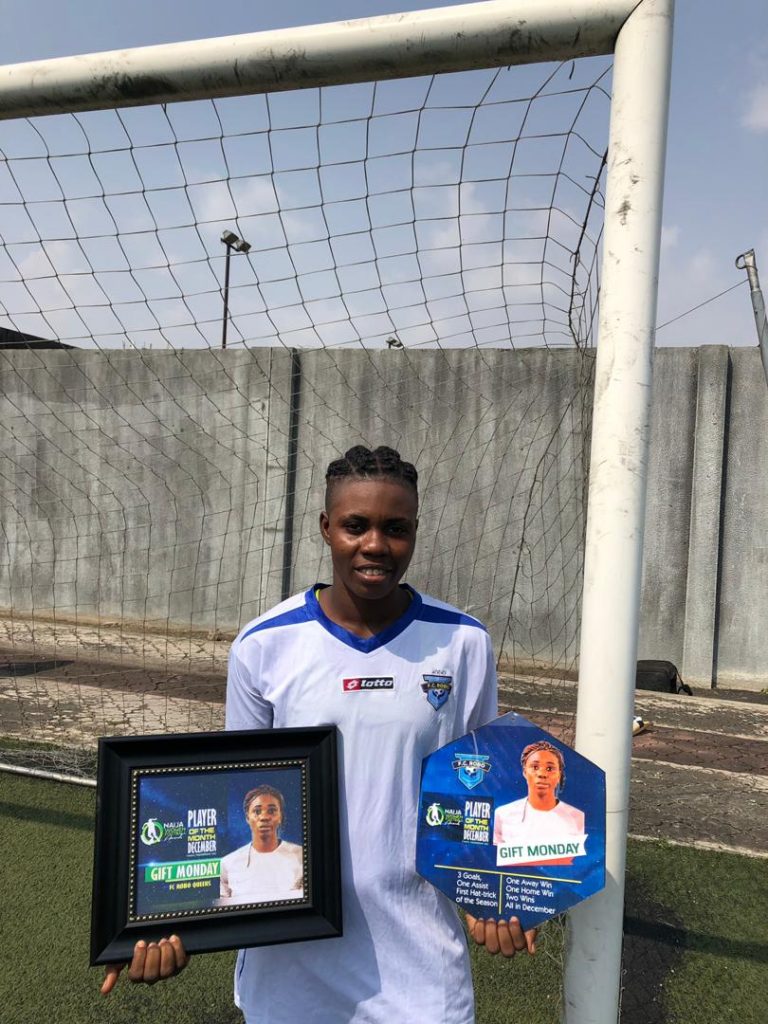 FC Robo international forward Monday Gift has described her NWFL Player of the Month of December award as a step forward in her career.
Gift saw off competition from Delta Queens forward, Odubanjo Dominance and other players to scoop the first Player of the month award for the 2020/2021 season.
The striker scored the first hat trick of the season and also made one assist for her club who romped to an impressive start in the NWFL Premiership.

Gift also scored in Wednesday 5-1 win against visiting Pelican Stars at the Legacy Pitch on Matchday 4.
Gift who received her award before the game against Pelican Stars also praised her teammates for their support.
“This award means a lot to me and my career.
“I am grateful to God and my teammates who gave me the needed support to succeed”
FC Robo are second on the NWFL Premiership with nine points from 4 games.