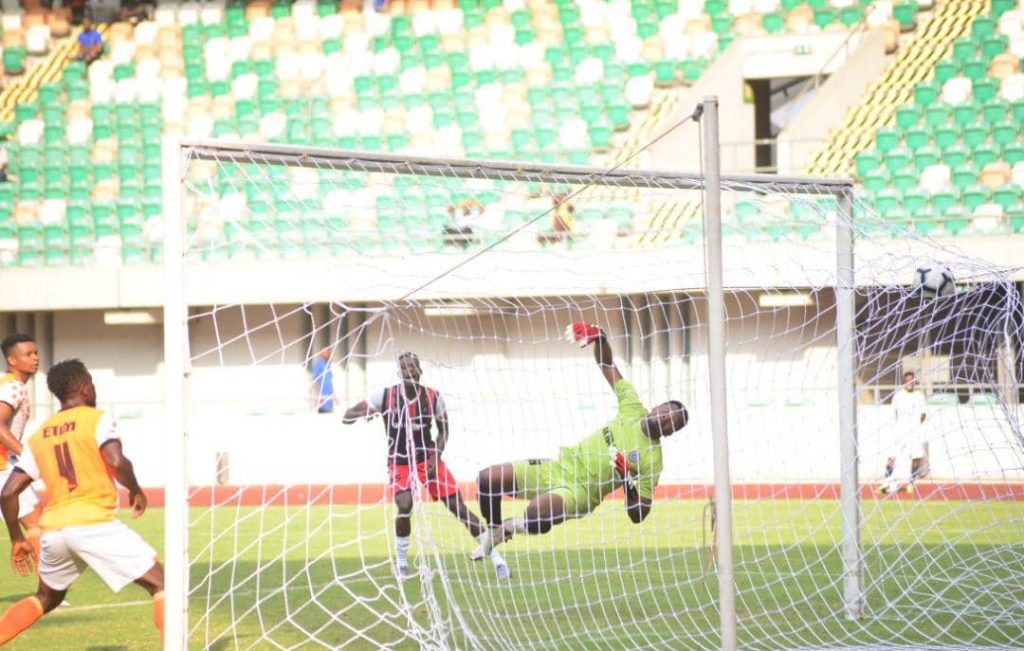 Ndifreke Effiong brace brought an end to Akwa United goal drought in the Nigeria Professional Football League(NPFL) following their 2-1 win against Abia Warriors.
The Promise Keepers welcomed the Warriors to the Nest of Champions in the only game Matchday 3 of the NPFL on Saturday.
Both teams headed to the game with the hope of picking their first win of this season.
Also, both side before the game are yet to score a single goal which set the tune for a thrilling encounter.

Ndifreke who finished as Akwa United highest goalscorer last season scored the first goal of the season for the host just five minutes of play.
The forward slotted in a low cross from a free kick after Abia Warriors player Markson Ojobo handed the  ball outside his own penalty area.
Two minutes later, Ndifreke almost made it 2-0 but his shot hit the cross bar.
The visitors levelled in the 27th minute through Harrison Ibukun to spark off what was already an end-to-end attacking game from both side.
The second half saw Akwa United firing from all cylinder threatening to restore their lead.
In the 55th minute, Seth Mayi released Wisdom Fernando with a defense splitting pass and the winger found himself  one-on-one with Abia goalkeeper Vincent Edafe.
Fernando rounded up the goalkeeper and just before he could slot the ball inside, he was appended.
Ndifereke stepped forward and scored from the spot to give his team a 2-1 lead.
All effort for Abia Warriors to level proved abortive with Akwa United picking their first win of the season.
For Abia Warriors, they will return back and wait to see if they will get their first win in Matchday 4.