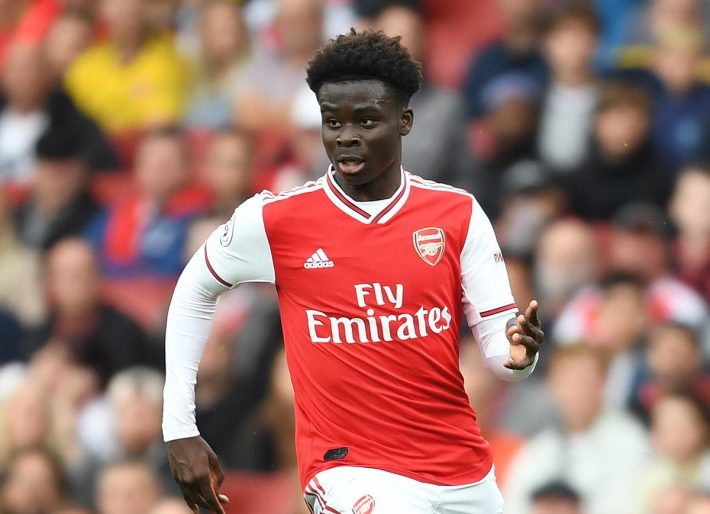 Winger Bukayo Saka, who has roots in Ghana, has been voted the best player for Arsenal in the month of December 2020.

The Premier League team’s website says Saka has been recognized for his sterling role in league and Carabao Cup matches.

“Saka played a key role in Pierre-Emerick Aubameyang’s goal against Southampton, and then scored our third in our crucial victory against Chelsea at Emirates Stadium.

“The England international then claimed a brilliant assist for Alex Lacazette as we beat Brighton & Hove in our final game of 2020. Saka claimed more than 70 per cent of the votes cast, with Kieran Tierney in second place and Lacazette in third,” reads Arsenal website.

Under Mikel Arteta, Saka earned his debut at Arsenal in January 2019 and his performances have been growing in leaps and bounds.

The Gunners have since announced that Thomas Partey has returned to full training after recovering from an injury.

However, the Ghanaian midfielder will be assessed for his readiness for the game against Newcastle.