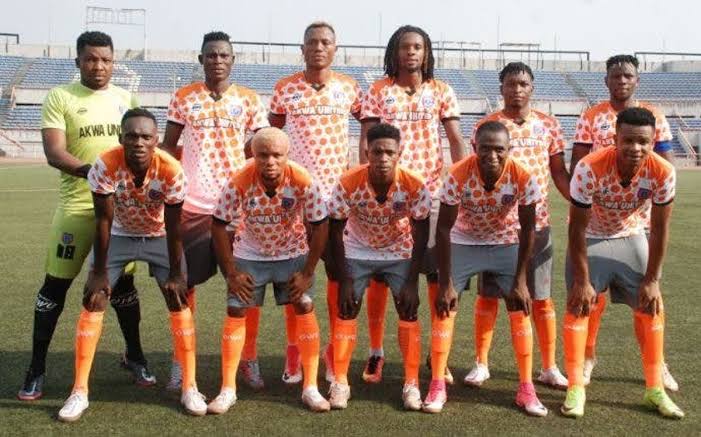 The 2020/2021 NPFL season entered Matchday 3 over the weekend with breathtaking games in ten various venues across the country.

Lots of surprises heralded Matchday 3 as some club got impressive results both away and home.

Matchday 3 saw a total of 20 scored with two away wins and one draw to wrap up what was an interesting week of football. 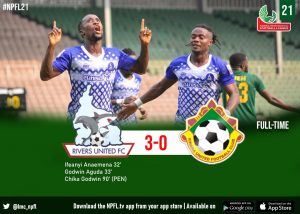 Rivers United remained at top of the league table with nine points from three games following a 3-0 trouncng of Kwara United.

The Pride of Rivers hosted the Afonja Warriors wo stunned Plateau United 2-0 in Jos.

Goals from Ifeanyi Anaemena and Godwin Aguda in the first half and a last gasp goal from the spot by Chika Godwin, saw the host drown the Afonja Warriors. 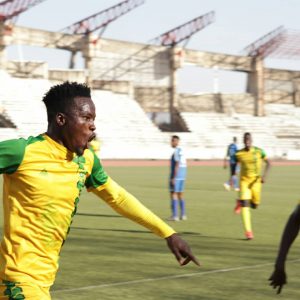 Champions Plateau United scored their first goals after failing to do so in four of their previous games in all competition.

The Tin-City boys lost2-0 to Kwara United at home and played goalless draw  against Nasarawa United.

For Heartland, their search for a first win continues.

Warri Wolves were toothless at the Aper Aku Stadium a they suffered their second defeat on the road.

A rejuvenated Lobi Stars side trounced Wolves 3-0 with Ossy Martins, Mathias Samuel and Chinonso Okonkwo all scoring for the home side. 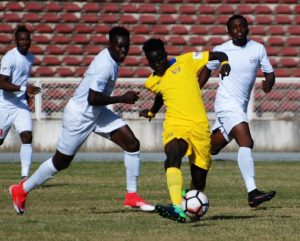 A 77th minute goal from Femi Ajayi off a Isreal Abia’s assist was all Rangers needed to fly over Jigawa G.S away at the Ahmadi Bello Stadium in Kaduna.

It was their second consecutive win of the NPFL season after losing their opening game at home to Rivers United.

Dakkada FC maintained their unbeaten run with an emphatic 1-0 win against FC IfeanyiUbah in Nnewi.

A goal from Nnamsi Mejuobi handed the Akwa-Ibom based club their second win of the season after playing goalless against city rivals, Akwa United in the season opener. 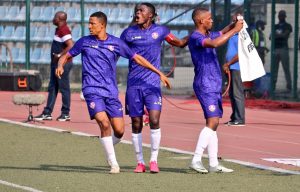 Dennis Obasi’s 7th minute goal was all MFM FC needed to bounce back to winning ways on Sunday at the Agege Stadium.

The Olukoya Boys lost their second game of the season by 1-0 to Lobi Stars in Makurdi.

For Gbenga Ogunbote and his lads, they were hoping to make it two consecutive win in the South-West derby.

But they were turned back empty handed in tbr keenly contested tie at the Agege Stadium. 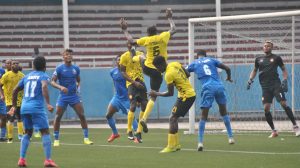 Enyimba vented their CAF Champions League exit on Wilki Tourists to pick their second second win of the season.

The People’s Elephant despite winning Al Merrikh 2-1 in Aba failed to reach the group stage of the CAF Champions League as they were relegated to the Confederation Cup on 4-2 aggregate.

With that fury, they ensured their quest for another shot on continental ticket next season remain on track.

A 24th minute goal by Nabil Yarou was all Fatai Osho and his lads needed to put their frustration behind the and focus on the task ahea. 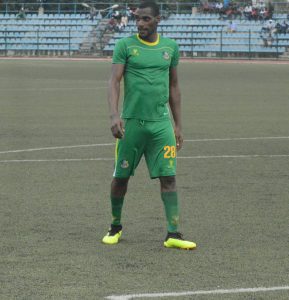 Kano Pillars maintained their fine away form picking another point on the road.

The Mai Su Gida side after playing 2-2 in away in the opening game, held Nasarawa United to a 1-1 draw in Lafia.

Nyima Nwagua came off the bench and scored for the visitors in the 48th minute.

Seven minutes from regulation time, Adamu Hassan levelled for the host to share the points.