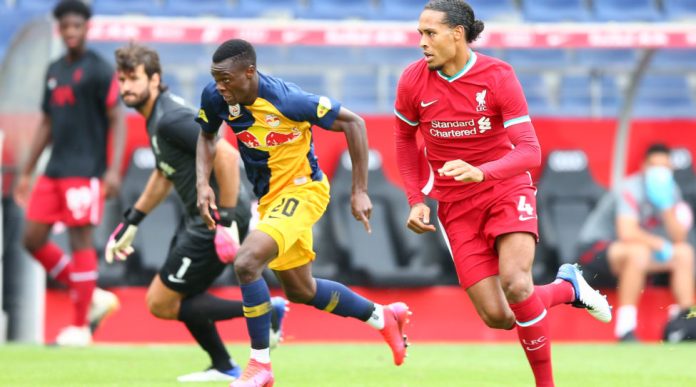 The Zambian is the leading striker for Austrian champions RB Salzburg having registered 15 goals and five assists this season.

Media reports from England suggest that the Hammers boss David Moyes has earmarked Daka as a replacement for Sebastien Haller who has joined Ajax.

On the other hand, reports say Arsenal boss Mikel Arteta has set his eyes on Daka as a long term successor for Alexander Lacazette.

Daka is proving to be one of the hottest strikers from Zambia.

He was named the best young player for Africa in 2017 after helping Zambia to win the under-20 championship.

The Express newspaper of the United Kingdom has suggested that West Ham have been offered the chance to sign Daka for £25million in this transfer window.

Other reports have indicated that Tottenham Hotspur and Liverpool are also among the potential suitors for the finisher.