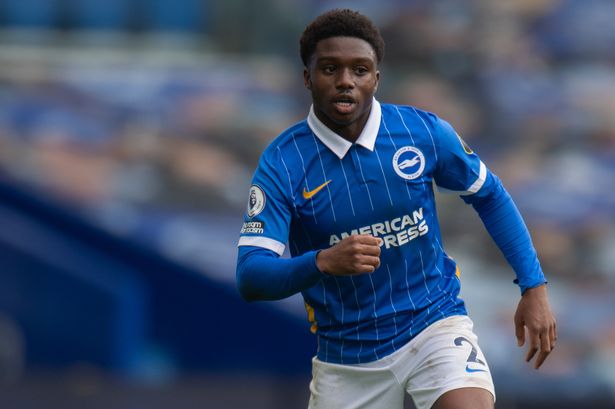 Talented Brighton wing-back Tariq Lamptey is not yet closed in on returning to playing ground with Graham Potter’s team as he suffered a setback to hamstring injury.

Lamptey contracted an injury with Brighton in December as they were facing Fulhma in the Premier League.

So far, the 20-year-old defender di not make an appearance for the Seagulls with his manager Graham Potter saying he could unfortunately, spend few weeks again in the sidelines.

“He’s had a set-back. On the back end of his rehabilitation he just felt the hamstring again.” Potter explained in reports of Daily Mail.

”He will probably have to take a couple of steps back, which is disappointing for us and obviously for him too. It means he is going to be out for a few more weeks yet.” he added.