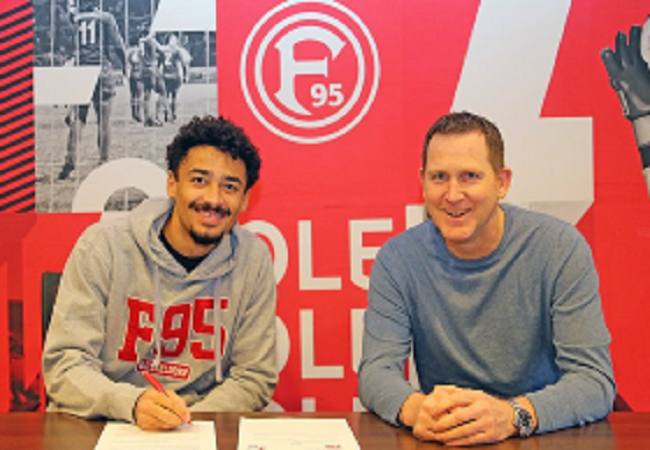 Emmanuel Iyoha has signed a new contract with German 2. Bundesliga club Fortuna Düsseldorf. The club announced the signing of the German-born striker of Nigerian descent through their official website.

The new deal will keep the former Germany U20 international at Fortuna Düsseldorf until 30th June 2024.

Iyoha has been on the books of Fortuna Düsseldorf since 2011 after Bayer 04 Leverkusen poached him. As he rised through the ranks before signing his first professional contract five years later.

The 23-year-old is delighted to extend his stay at Fortuna Düsseldorf.

“It’s no secret that I have a special bond with Düsseldorf and Fortuna. The city is my home, Fortuna is my club.

“I would like to thank those responsible, especially Uwe Klein, and my team-mates.

“During my illness I received a lot of support and encouragement from the club. That helped me a lot. For me, the contract extension is a particular highlight of the difficult past.” Said Iyoha.