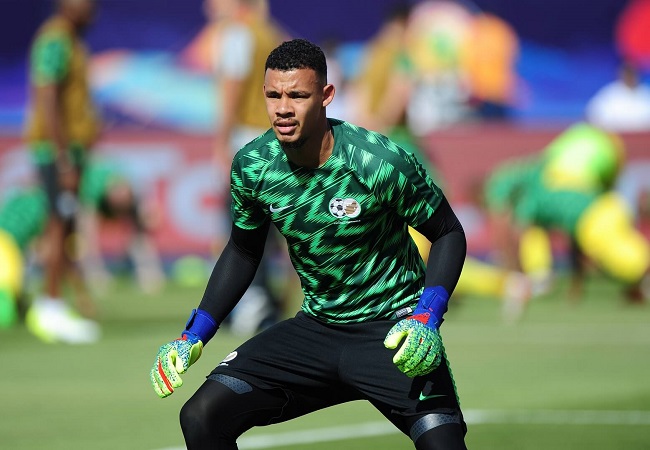 Ronwen Williams is a man in demand. With the Siya crew hearing that Bafana number one and SuperSport United captain has attracted serious interest from abroad.

According to Siya sources, two unnamed clubs in USA’s ever-expanding Major League Soccer are said to be tracking the 28-year-old shot-stopper.

Williams, who is a rare one-club man, is regarded as one of the best shot-stoppers in the country. And he has clinched the 2018/19 and 2019/20 PSL Goalkeeper of the Season accolades.

The Port Elizabeth-born keeper has made the Matsatsantsa goalkeeping position his own since being promoted to their first team in 2011. Having come through the club’s academy ranks, he is the only SuperSport player to have amassed more than 300 appearances for the club.

Over the last few seasons, Williams’ stock has rapidly risen. Which has also seen him usurp Itumeleng Khune to become Bafana Bafana’s undisputed number one.

It is worth noting that in January 2020, Williams signed a four-and-a-half-year contract extension. This will see him remain at the club until 2024. Meaning that any club interested in his services would have to fork out a substantial transfer fee. If they are to convince SuperSport to part ways with their prized asset.

The crew also previously reported that Orlando Pirates expressed an interest in luring Williams to Parktown in 2017. But SuperSport thwarted their interest as they were adamant in holding onto their club captain.