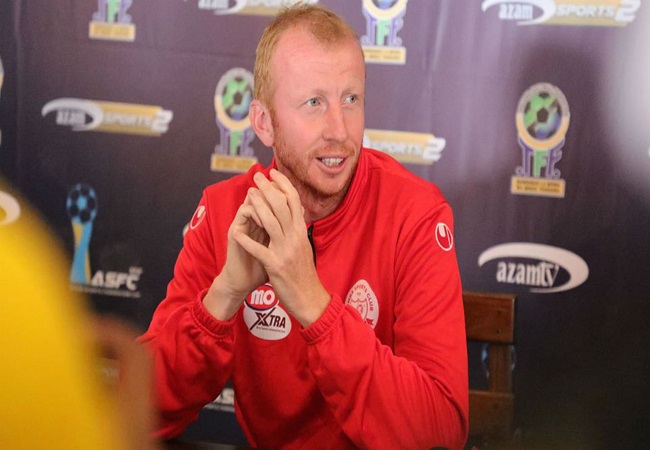 Simba SC is currently looking for the successor of Belgian Sven Vandenbroeck. As Simba coach is now reported to join FAR Rabat football club that features in the Moroccan Premier League.

And the race to replace Vandenbroeck at Simba Sports Club is intense. As the club management revealed that about 55 coaches from different countries have showed up for the coaching post. The club management has said that the coaches have already submitted their respective Curriculum Vitae (CVs) for perusal.

The Belgian coach parted ways with Simba by mutual consent. This after he led the Mainland champions into the CAF Champions League (CAF CL) group stage. Commenting briefly on the departure of Vandenbroeck, Barbara cemented that they didn’t sack the coach. But rather, both sides reached mutual agreement to go separate ways.

“I already wished him all the best during his new coaching responsibilities in Morocco.” She said.

However, elaborating on the development recently the club’s Chief Executive Officer (CEO) Barbara Gonzalez said they are keenly going through the available CVs so as to get the right coach to take them further in all the competitions they are in.

“When it comes to getting a new coach, the process is usually lengthy. Since it requires much attention by going through all the available documents.

“If you make decisions in a hurry to find him, it may affect you throughout the whole season.” She noted. She named some of the nationalities of people whose CVs have reached at the club. Namely Serbia, France, Portugal and many others from different parts of the world.

“We have put in place key requirements of the incoming coach we need like club coaching experience. If you remember, when Vandenbroeck came in, he had vast experience at the national team level only. And it took more time for him to catch up.

“He should also have an experience in CAF Club tournaments as among other essential requirements for the job’s qualification.” The CEO continued.

She added that she could have loved to get an African coach. As she insisted that for the time being, most good coaches have been picked by other clubs.