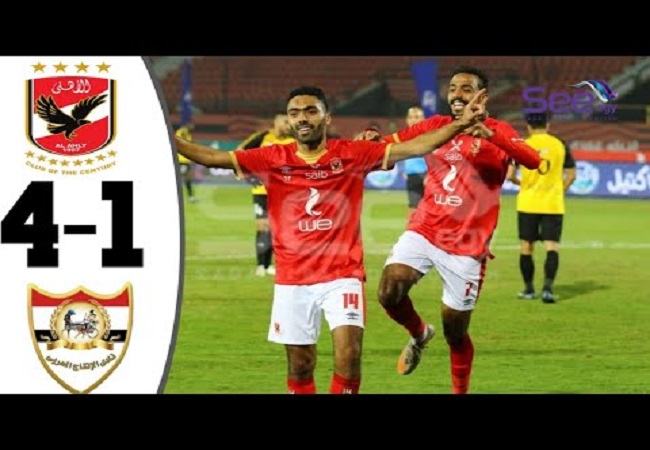 Ali Maâloul opened the scoring for the Red Devils in the 48th minute after a great pass from Al Ahly players. As the ball went to Maâloul, who fired a left-foot shot from a very close range into the right corner.

In the 69th minute, Hussein El Shahat broke the ice to return once again to scoring. As he received a well-played pass from Akram Tawfik to fire a powerful shot into the net.

Ten minutes later, Walid Soliman made it 3-0 after receiving a wonderful cross from Akram Tawfik to sent the ball into the net with a fantastic first touch.

Bassem Morsy scored a meaningless goal for El Entag, before Soliman showed up once again to fire a powerful left-foot shot in the 87th minute. Final result 4-1.

The Red Devils are now at the top of the League with sixteen points. They are ahead of Zamalek 2nd with a five-goal difference.