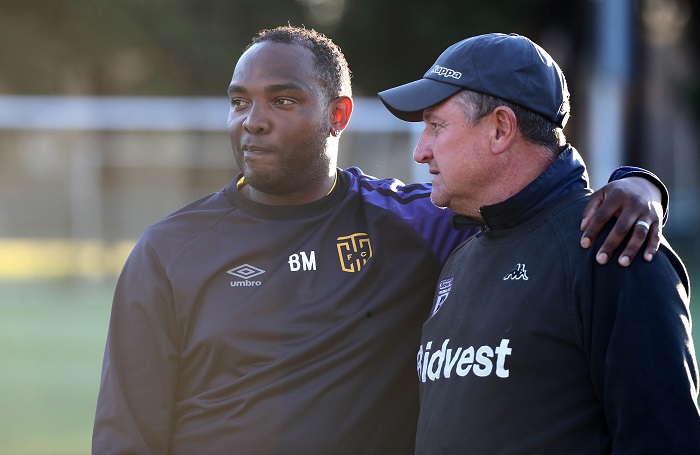 AmaZulu head coach reserved special for Kaizer Chiefs boss and his former coach Gavin Hunt ahead of their game in the Dstv Premiership.

At the moment of facing his master, McCarthy showed respect to Hunt though their struggle in the league continue as they are at the 14th position while AmaZulu sit at the ninth.

Both coaches have face each other during their spell at Cape Town City and Bidvest Wits.

But AmaZulu boss insisted that it is an honor for him to coach against Hunt.

“I was player under his guidance before I move to Europe. He’s been a very special and influential person in my footballing career. I’m always honoured and privileged to have the opportunity to play and coach against him,” the former Bafana Bafana said.

Concerning the game, he vowed his team will be well organized in order to claim the three points.

“I know the quality they possess and hopefully my team will be well organised, well set up and well equipped to compete and be victorious. It’s always nice when the student gets one over the master” Benni McCarthy added.