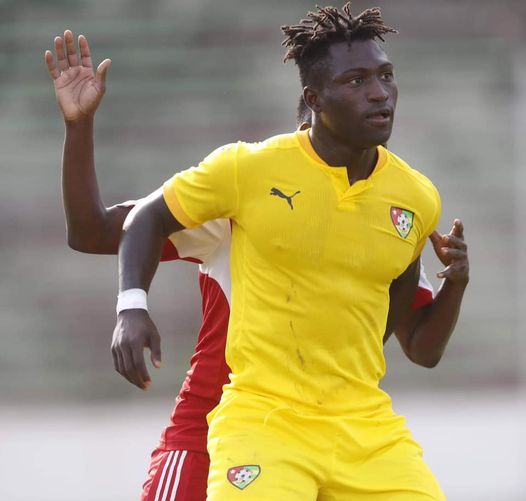 The Belgian Jupiler Pro League club has confirmed the signing of the 20-year-old who has four goals and one goal to his credit for Togo.

Denkey has signed from Nîmes Olympique with whom he played 10 Ligue 1 matches, scored once and provided an assist.

Cercle have confirmed the arrival of the attacker whose contract with the French side was ending next June.

“Cercle Brugge and France’s Nîmes Olympique have reached an agreement regarding the immediate transfer of 20-year-old French / Togolese attacker Kévin Denkey (1m81). The Togolese international signed a contract for 3.5 seasons with Cercle Brugg.

“Denkey, a right-footed center forward, chooses the number 12 at Cercle Bruges, a symbolic reference to the base number of Groen-Zwart.

Commenting on the player, Brugge Technical Director Carlos Aviña said: “We are pleased to announce the arrival of Kévin Denkey to Cercle. Attracting a striker was our top priority and Kévin Denkey’s name was at the top of our list.”