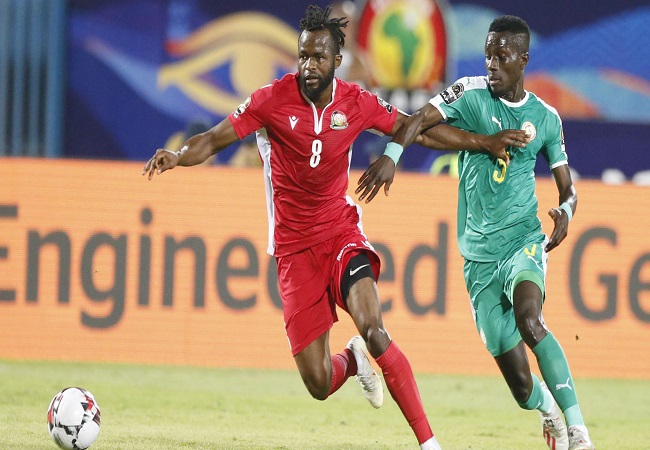 In a post on their official Facebook page, the Super Lig announced the arrival of the 31-year-old. He who had previously been playing his football in Belgium.

At Erzurumspor, he will link up with Cameroon internationals Petrus Boumal and Adolphe Teikeu, although they face a tough second half to the season, with the side currently bottom of the Turkish table after 18 matches.

They’re six points off safety, having played one game more than 17th-placed Genclerbirligi.

Omolo signed a new contract with Cercle Brugge in August. Seemingly putting to an end speculation about his future.

He had run down his contract with the Flemish club earlier in the summer. And he had held off renewing before finally putting pen to paper five months ago.

However, despite agreeing terms until the end of this season, Omolo has moved on earlier than planned.

The midfielder amassed over 60 appearances for the Belgian side over the last three and a half seasons. And he was influential as Cercle were promoted to the Jupiler League from the second tier in 2018.

At international level, he scored the lone goal for Kenya as they battled to 1-1 draw against Togo in 2021 Africa Cup of Nations qualifiers. This just before the outbreak of the coronavirus pandemic, having made his Harambee Stars debut in 2011.

He featured for several clubs in Kenya, Belgium, and Luxembourg including Coast Stars, Vise, Fola Esch, Beerschot, and Lommel United.

In 2019, Omolo won the prestigious Fifpro Merit Award for his community work in Dandora through his foundation. The award came with a Ksh2.5 million cash prize.

Started in 2017, the Johanna Omolo Foundation has been supporting children in Dandora, where the Belgium-based player grew up, through education scholarships, mentorship, and entrepreneurship programmes, providing sanitary pads to teenage girls among many other initiatives meant to uplift the livelihoods of the youth of the informal settlement in Nairobi.

Omolo is also a member of Common Goal. A charitable organisation that draws willing professional footballers and coaches to donate one percent of their wages to non-governmental organisations working in football.