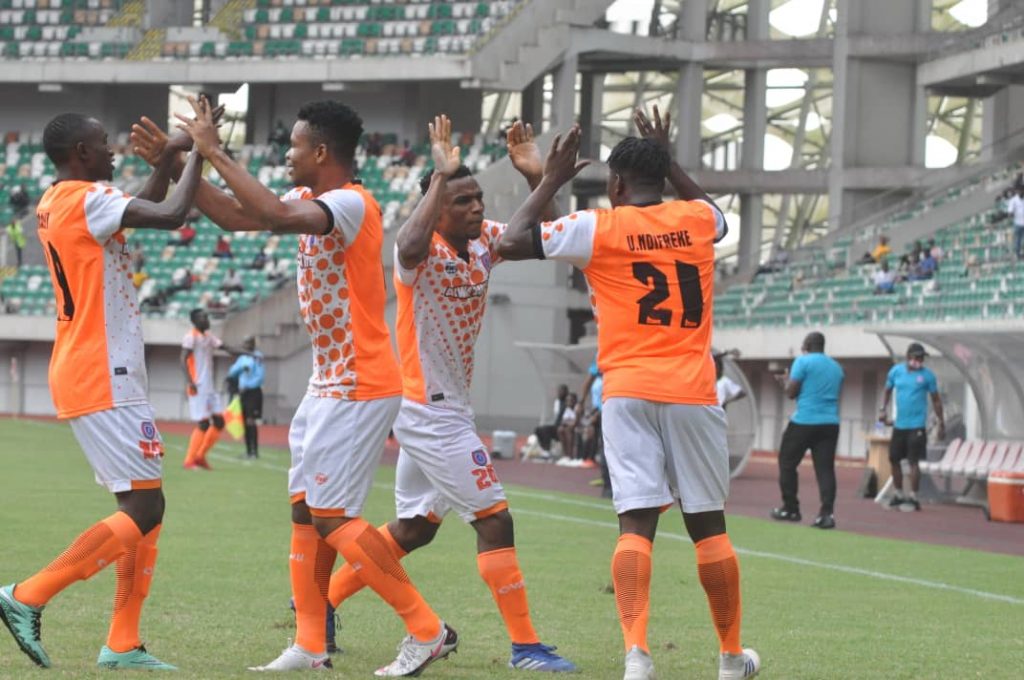 There was so much intrigues and stunners in Matchday 4 of the Nigeria Professional Football League( NPFL) games played on Wednesday.
Ten matches were played in ten various stadia in the midweek fixtures of the 2020/2021 NPFL season.
A total of 22 goals was scored, two more than Matchday 3 with the 3-1 away win by Jigawa Golden Stars against Abia Warriors as the only away win.
Three games ended in a draw while as Adamawa United and Abia Warriors remained the teams yet to get a win after four games.

One of the stunner of Matchday 4 was the 2-0 by Oriental derby win by Heartland FC against Enyimba in Owerri which was their first win of the season.
Here is a round up of how it all happened on Matchday 4. 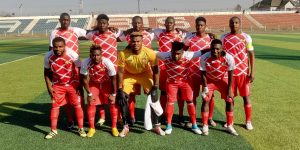 After going three games without a win, Wikki Tourists got their first victory of the season against high flying Rivers United.
Rivers buoyed from their six games unbeaten run in all competition headed to a ground where they have struggled to get a win.
A pulsating encounter was separated by the 30 minutes goal scored by Chinedu Udeagha.

Heartland headed to Matchday 4 following three consecutive losses both home and away.
For Enyimba, they headed to the Oriental derby on the back of their 1-0 win against Wikki Tourists.
However goal in each half by Shedrack Oghali (33) and Emmanuel Adachie (53) gave head coach Fidelis Ilechukwu a breather.

Rangers continued picked their third win of the season after a 2-1 win against FC IfeanyiUbah in the second Oriental derby of Matchday 4.
Fresh from the 1-0 away win against Jigawa Golden Stars last week, Salisu Yusuf men got the better side of their neighbours.
In- form striker, Israel Abia scored from the spot in the 12th minute.
IfeanyiUbah equalised through Ekene Awazie in the 51 minutes as they were hoping to avoid a second defeat.
But Shedrack Asiegbu’s 57th minute goal was all the Flying Antelopes needed to rub shoulders with Rivers Unitedbat top of the summit. 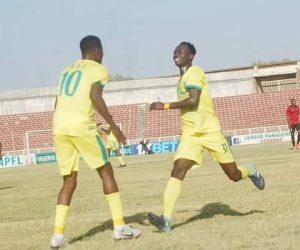 Kano Pillars picked their second win of the season at home against Plateau United to maintain their unbeaten run.
A 78th minute goal from the spot by veteran midfielder Rabiu Ali was all the Mai Su Gida side needed to claim all three points.
Ali has now scored thrre goals in four appearances for Kano Pillars.

There was no love lost as the points was shared in the battle of the stars at the Akure Township Stadium.
Two head coach that swapped club,  Gbenga Ogunbote and Kabiru Dogo’s Lobi Stars played against each other.
However, Lobi will have themselves to blame for fluffing the two goals lead that could have seen them running away with all three points.
Fuad Ekelojuoti  scored the curtain raiser for the host in the 9th minute.
Samuel Mathias leveled for Lobi in added time of the first half before Ossy Martins completed the come back.
Just when Lobi thought they have pocketed the three points, Sadeeq Yusuf scored in added minutes from regulation time to share the points.
In other fixtures of the midweek games, Warri Wolves returned to winning ways following a 3-0 win against Katsina United at the Ozoro Polytechnic Stadium.
The seasiders after failing to find the net in the first half, scored their three goals in the second half.
Daniel Mark broke the deadlock in the 58th minute before Tega Ebetomame and Uche Ihuarulam also scored in the 74 and 81 minute respectively.
In Uyo, Temim Adebayo’s 77 minute goal canceled out a Chigozie Solomon  ensured MFM shares the point with Dakkada FC.
Chigozie Solomon had put the host in front before the end of first half.