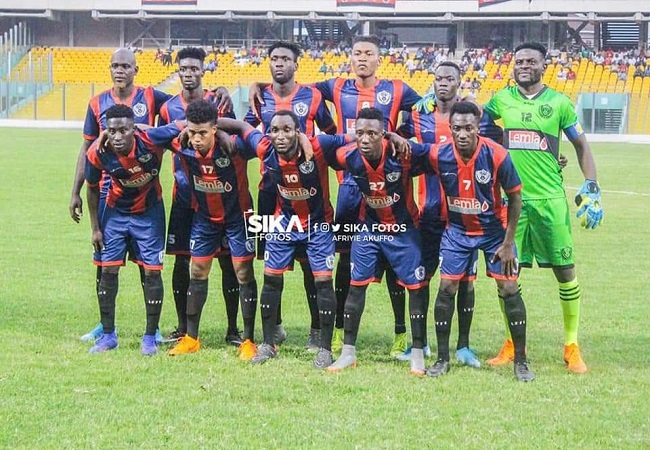 Aduana Stars and Legon Cities will meet in Ghana Premier League matchday 9 game. And Aduana Stars will aim at recovering from their recent disappointment as they host Legon Cities on Sunday.

The Ogya boys suffered a 2-1 defeat at the hands of Medeama after previously going four matches unbeaten. They are currently 9th on the log with 10 points.

For Legon Cities, a win will be a boost to their confidence after clinching their first victory of the season on matchday eight. The Royals defeated WAFA 1-0. But they still have to work on their goalscoring.

They have netted just three so far and none have been from open play. They are 17th with just six points. We should remind that Legon Cities have won three of their last five meetings against Aduana Stars