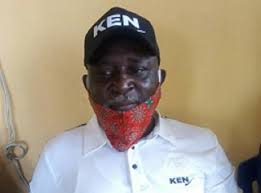 Chairman of the Delta State Football Association (DFA) Ken Nwaomucha has urged Warri Wolves to replicate their home form head of this weekend NPFL game against Sunshine Stars.
The Delta representatives bounced back from their 3-0 loss against Lobi Stars in Matchday 3 of the NPFL and defeated Katsina United 3-0 at the Ozoro Polytechnic Stadium on Matchday 4.
The Seasiders will be on the road against a Sunshine Stars side who struggled to get a 2-2 draw against Lobi Stars in Akure.
Nwaomucha while speaking ahead of this weekend game praised Warri Wolves for their performance at home against the ‘Chanji Boys’
He commended the chairman of the Delta State Sports Commission, DSSC, Tonobok Okowa, for always supporting the team, saying that his presence during the game was a great source of motivation to the oil city team.
Warri Wolves will play Sunshine Stars of Akure on Matchday 5 in an away fixture.
The team have won their two home  games but lost to MFM FC at the Agege Stadium in the opening game of the season and Lobi Stars on Matchday 3.