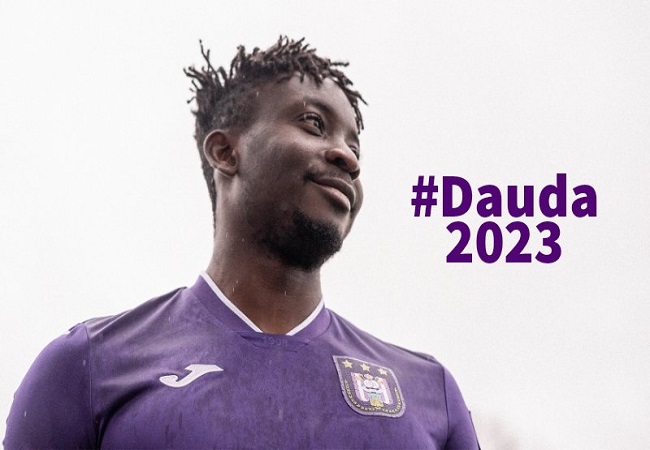 Ghanaian striker, Dauda Mohammed has concluded contract extension deal with RSC Anderlecht. This new deal will keep him at the club for the next couple of years, footballghana.com reports.

The 22-year-old striker since joining the Belgian giants from Asante Kotoko in 2017 has seen his game develop while spending time on loan at other European clubs.

Set to complete the 2020/2021 football season with RSC Anderlecht, the club has decided to hand him a new deal.

After fruitful talks, the club on Friday, 15th January 20221, announced that Dauda Mohammed has signed a contract extension deal. Contract that will expire in 2023.

Sources have reported that the club trusts in the talent of the youngster. And the club wants thus to give him a chance to show that he can lead the lines for the team.