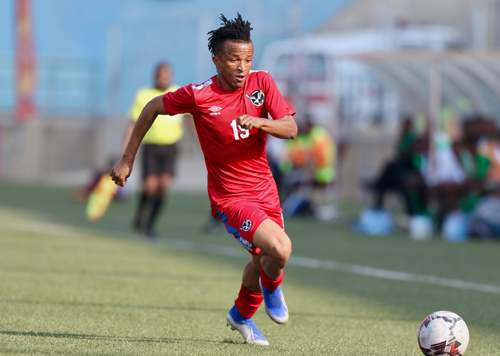 The 2021 edition of the African Nations Championship (CHAN) gets underway today with the hosts Cameroon taking on Zimbabwe.

However, Group D action only rolls out on Tuesday with Zambia taking on Tanzania whereas Guinea face Namibia.

Morocco are the defending champions of the bi-annual competition which is played by only home-based players.

Micho has not hit the ground running in as far as his lofty standards, he set where ever he has coached, are concerned.

After all, Micho is highly rated across the continent having managed top clubs from Cape to Cairo such as Orlando Pirates and Zamalek.

However, despite concerns that Zambia are not good enough defensively especially when it comes to set-pieces, the Chipolopolo’s performance in pre-CHAN tournament was encouraging.

Zambia started the warm up tournament with a 3-3 draw against Niger, having surrendered the lead twice, a performance that spoke about the defensively flairties.

Zambia followed that draw with a morale boosting 2-0 win over Cameroon in a game that saw Collins Sikombe score alongside Zechariah Chilongoshi.

Sikombe is a player to watch for Chipolopolo but of course, this tournament presents Micho with a big opportunity to prove that he can transfer his impressive club performance on the national team level.

Tanzania are underdoing at the tournament but coach Etienne Ndayiragije remains optimistic that they can pull a surprise.

The coach has been brave enough in drafting in the squad under-20 players Pascal Gaudance, Jackson Samwel and Abdulrazack Hamza.

“It is important that we get into the habit of including upcoming young star players who will gain a lot of exposure by being part of the big tournament,” he told CAF website.

Ndayiragije has mixed it up with young players and experienced ones including veteran keeper Juma Kaseja of KMC FC and Simba striker John Bocco who is the one to watch.

There were minor threats in Limbe Stadium where Tanzania are playing after an explosion was overheard. However, Tanzania are ready for the show.

Namibia were hit by Covid-19 in the build up to the tournament after 10 players and members of staff tested positive.

Nonetheless, Bobby Samaria is optimistic that his charges can salvage something from the tournament.

They might not be spoken off highly but Guinea are among the favourites to win the championship as they have the experience having reached the semi-final in 2016.

Guinea should be hoping for a better start to this year’s competition having started the 2018 competition with a 2-1 loss to Libya.