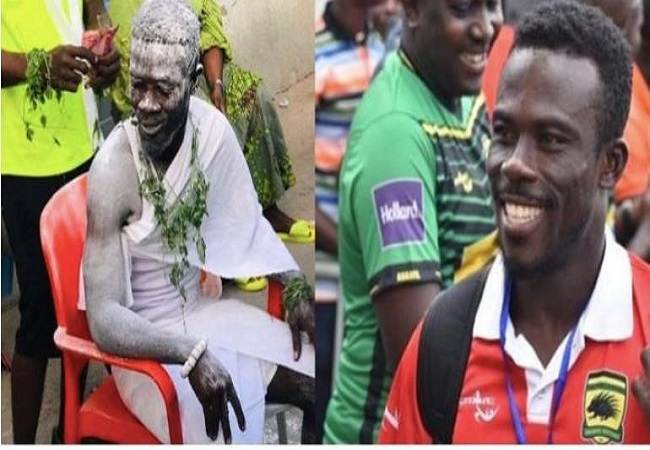 Former Asante Kotoko and Ashanti Gold defender Augustine Sefah has denied reports that he has been installed, fetish priest.

A photo which went viral suggested Sefah has become a fetish priest. But the right full-back has denied such a claim.

“The picture circulating is not me. It was a player whom I played together during my time with Kessben FC and Medeama SC who posted it on Facebook as a joke. Saying the fetish priest reassembles me.” He told Kumasi based Pure FM.

“I will never be a fetish priest. He Added.

The right full-back is currently without a club after leaving Kotoko.

His contract with the club expired before the start of the 2020/2021 Ghana Premier League season.