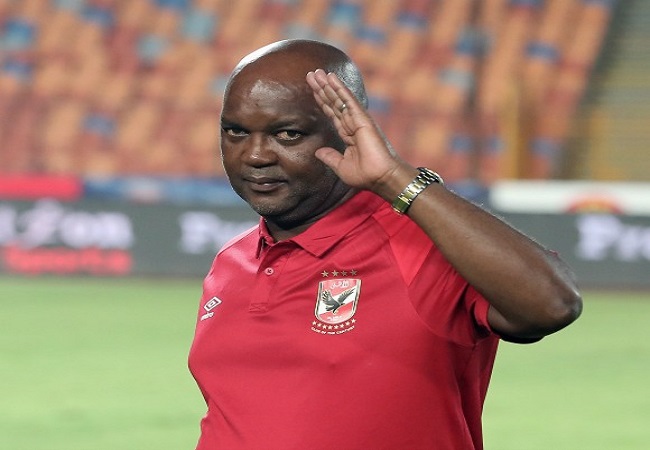 Mido’s praise will be a bitter pill to swallow for certain Al Ahly legends. They who have been tarnishing the reputation of Pitso Mosimane in Egypt during recent weeks by questioning his tactics and ability to lead a team of Al Ahly’s magnitude.

“During the first-half, Al Ahly appeared very poorly against Entag El-Harby. Their opponents had the advantage over them.” Mido told KingFut.

“However, Al Ahly under the leadership of Pitso Mosimane is distinguished by some specific details. And the South African’s touch can be seen. Mosimane’s Al Ahly play from the back and are very quick in applying the pressure. They became like Liverpool.

“Before Hussein El-Shahat’s goal, the ball was possessed by Entag’s players, before four or five players from Al Ahly applied high pressure and managed to intercept the ball. This is Mosimane’s touch that we didn’t see with former head coach René Weiler.”

Pitso Mosimane and Al Ahly next turn their attention to National Bank who they face on Sunday afternoon. It is in an Egyptian Premier League clash that will conclude match-week seven.

Al Ahly lead the log standings in Egypt over arch rivals Zamalek courtesy of a superior goal difference. A victory on Sunday is a must for Mosimane and his men should they wish to maintain their lead atop the Egyptian Premier League standings.