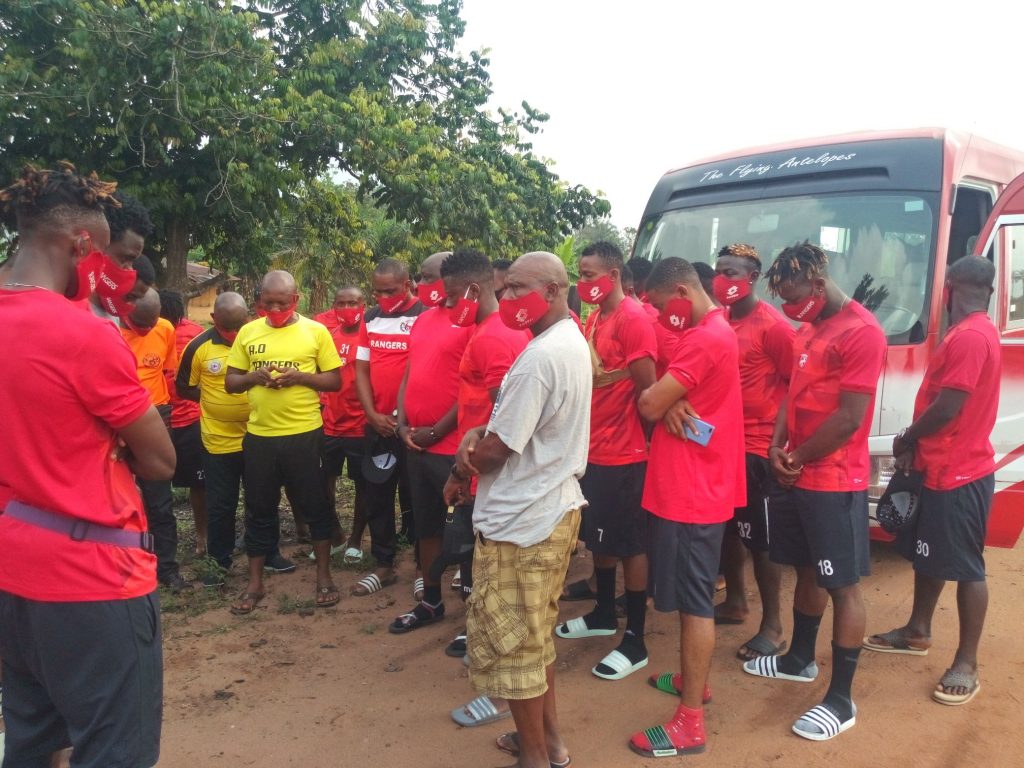 Even in death Enugu Rangers players and officials had to stop over and pay respect to their late player Ifeanyi George before continuing their journey to Lagos.
George died in a motor accuse last year en route to Lagos state along Asaba-Benin road.
Rangers travelled the same route for the first time since the incident ahead of their Matchday 5 NPFL game on Sunday.
The team then stopped over as both players and officials came down to observe a minute silence.
The club shared the emotional moment via a tweet on it’s official handle.

“Rangers international of Enugu stop at spot (Evbobanosa) junction along Asaba-Benin road where there late attacking sensation, Ifeanyi George, breathed his last just few days to mark the first anniv of his death to observe a minute silence with prayers for the repose of his soul on there way to Lagos.”

Rangers will be hoping to maintain their current winning mentality when they play against MFM FC at the Agege Stadium.
The last time both side met was March 2020 which ended 0-0 at the Agege Stadium before the NPFL was suspended due to the outbreak of the coronavirus .