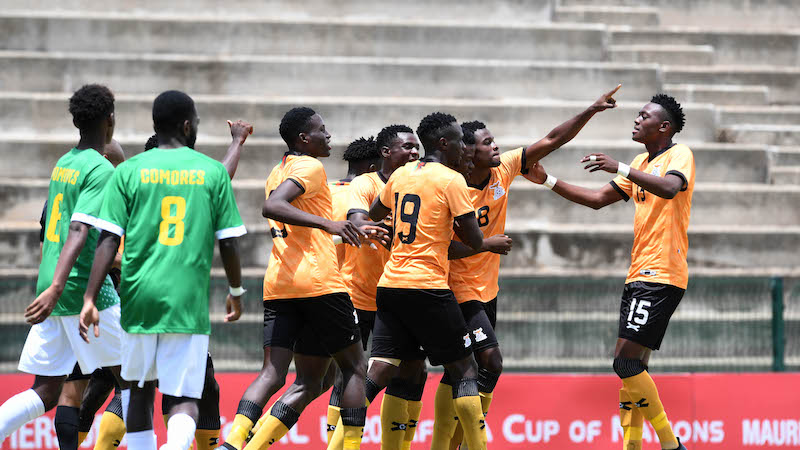 Zambia’s star player Bruce Musakanya has told the Southern African country’s media that the team is ready to right the wrongs noticed in the build up to the African Nations Championship (CHAN) in Cameroon.

The winger told Zambian Football website that they have in the recent past, been making some mistakes on the pitch.

He, however, told the online publication in Zambia that the recent warm up matches they played, helped iron out the deficiencies.

“We have been preparing well for the game against Tanzania. I think with the friendlies we have had, the mini-tournament that we had we have seen where we were and we are preparing. We have learned from the mistakes that we had. We have worked on them,” Musakanya told www.zambianfootball.co.zm.

Zambia start the championship by meeting neighbours Tanzania in a game the winger said is a must-win.

“It is very important to start the tournament with a win. It gives you confidence with the coming games, especially that we are playing our neighbours Tanzania. It won’t be easy but we just need to work extra hard and get a win,” Musakanya is quoted saying.

The publication says the Zesco winger is experienced as he was a member of the squad that participated in a similar tournament in 2015.

The Chipolopolo are in Group D alongside Tanzania, Guinea and Namibia.

Zambia finished second on the log table of a pre-CHAN tournament.

Zambia started the warm up tournament with a 3-3 draw against Niger, having surrendered the lead twice, a performance that spoke about the defensively flairties.

Zambia followed that draw with a morale boosting 2-0 win over Cameroon in a game that saw Collins Sikombe score alongside Zechariah Chilongoshi.

Sikombe is a player to watch for Chipolopolo but of course, this tournament presents Micho with a big opportunity to prove that he can transfer his impressive club performance on the national team level.