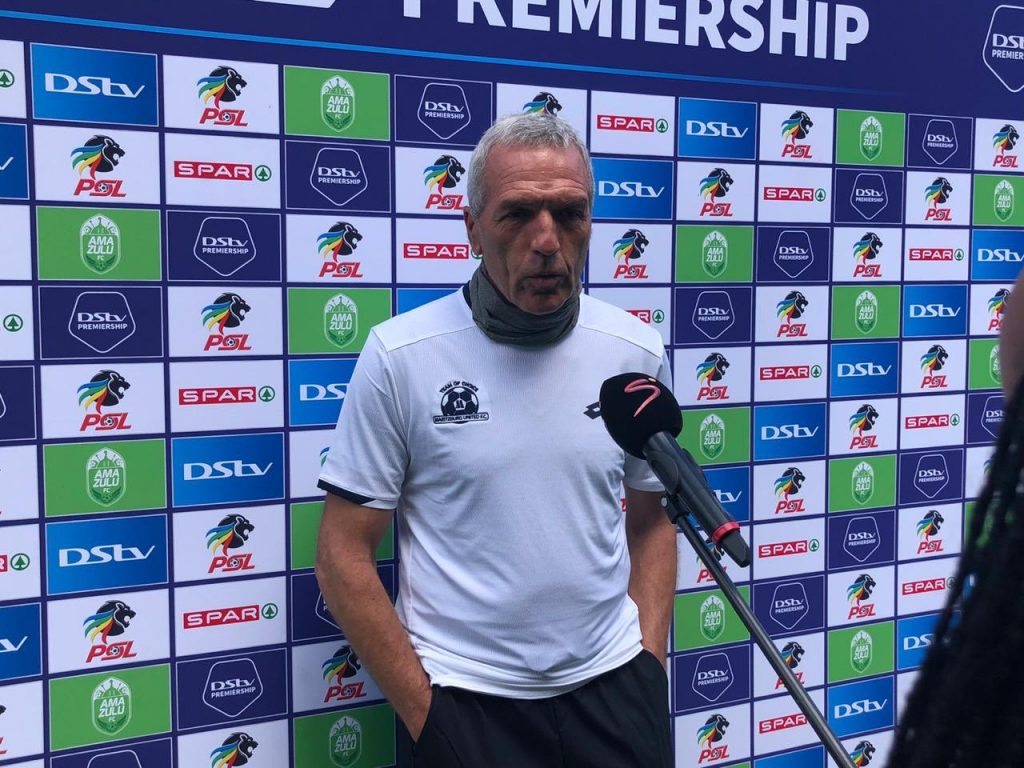 A week after their 2-0 win to Kaizer Chiefs, Maritzburg continue their impressive run with spoils shared this time.

However, they have undoubtedly reassured their fans with this goalless draw against Usuthu as it help them .

They move from the relegation to sit now 13th on Dstv Premiership after 11 games played with nine points. And this enjoyed their head coach Middendorp.

“It was not an easy task knowing that we came here sitting in the bottom position, it’s always important to look at your group and see what to do to come out on that position,” Middendorp told the media after the game, per Kickoff.

“Good one it was a good clean sheet and second one and great goalkeeping performance no doubt. We didn’t produce good attacking football but we won a point against a very good team.”

“It’s always an ambition to win but sometimes you have to be realistic where you are sitting and coming from, that what we we did from the time I arrived,” he continued.

“We won against Bloemfontein Celtic even though we conceded and then went to Johannesburg and won too, and we came to Durban needing another clean sheet and to stabilise ourselves to move out of that relegation zone.

“I believe AmaZulu FC have a strong team with so many options with [Siphelele] Mthembu and [Bondi] Ntuli who can start games compared to us as we are short.

“But our focus is to move out of that position and climb to a better position, and I can sleep very well with this point against tough opponents.”