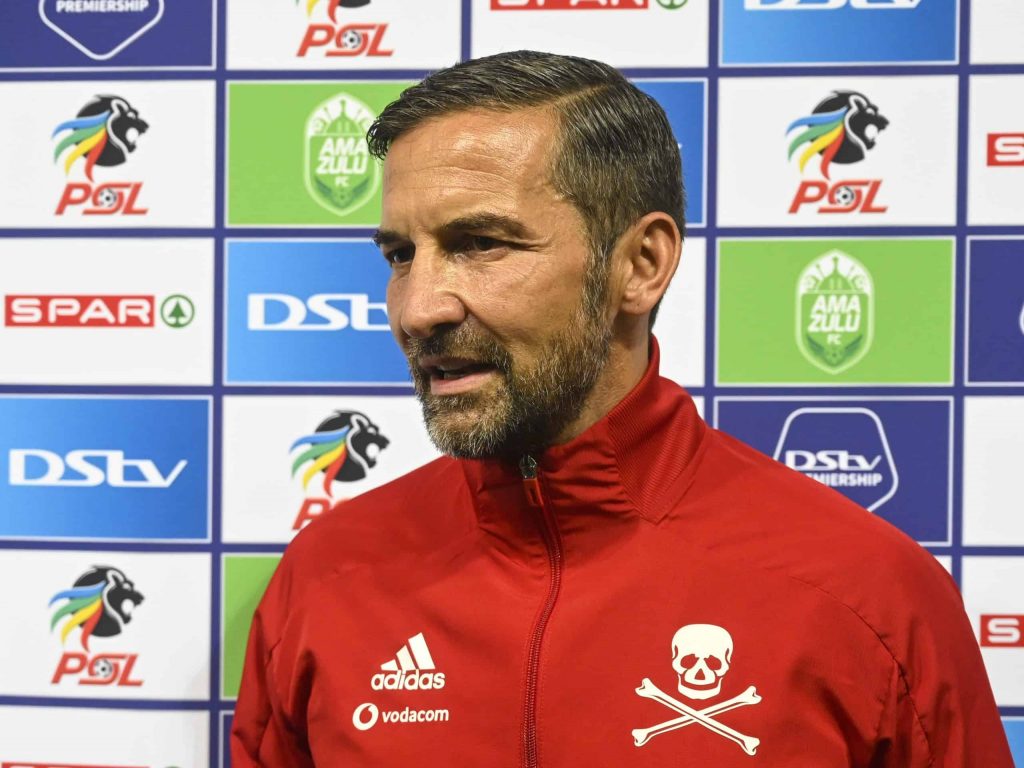 Orlando Pirates coach Josef Zinnbauer revealed that his played did something different from they said before the game as they conceded two goals against Black Leopards in the first half.

Buccaneers missed their game start against Black Leopards and this cost the a loss as Dylan Kerr’s men ceased the opportunity to scored twice with the first been an own goal (OG) of Innocent Maela.

“We were completely out of it in the first-half, the first-half I don’t know what we did but it was not what we spoke about before,” the German technician told SuperSport TV after the match, per Kickoff.

“When you play a relegation team, they run, they fight for the three points, they give 100 percent, more than 100 percent. We stayed on the field, watched a little bit of the game, you cannot win the game if you don’t play in the first-half, it’s not possible.

“Mentally its another thing, all clubs now play a lot of games, it’s a mental thing, you cannot more than say, ‘Be careful, they fight, they give all for three points, fight for this, win your duels, it’s important in the first 20 minutes’ and the whole 45 minutes it was not in,” he said.

“Last game it was same game, same field, the 45 minutes in and then you have a chance to win the game but at half-time you get [concede] two goals, it’s not possible. They did a better job in the second-half but it’s not enough to win a game,” Zinnbauer added.