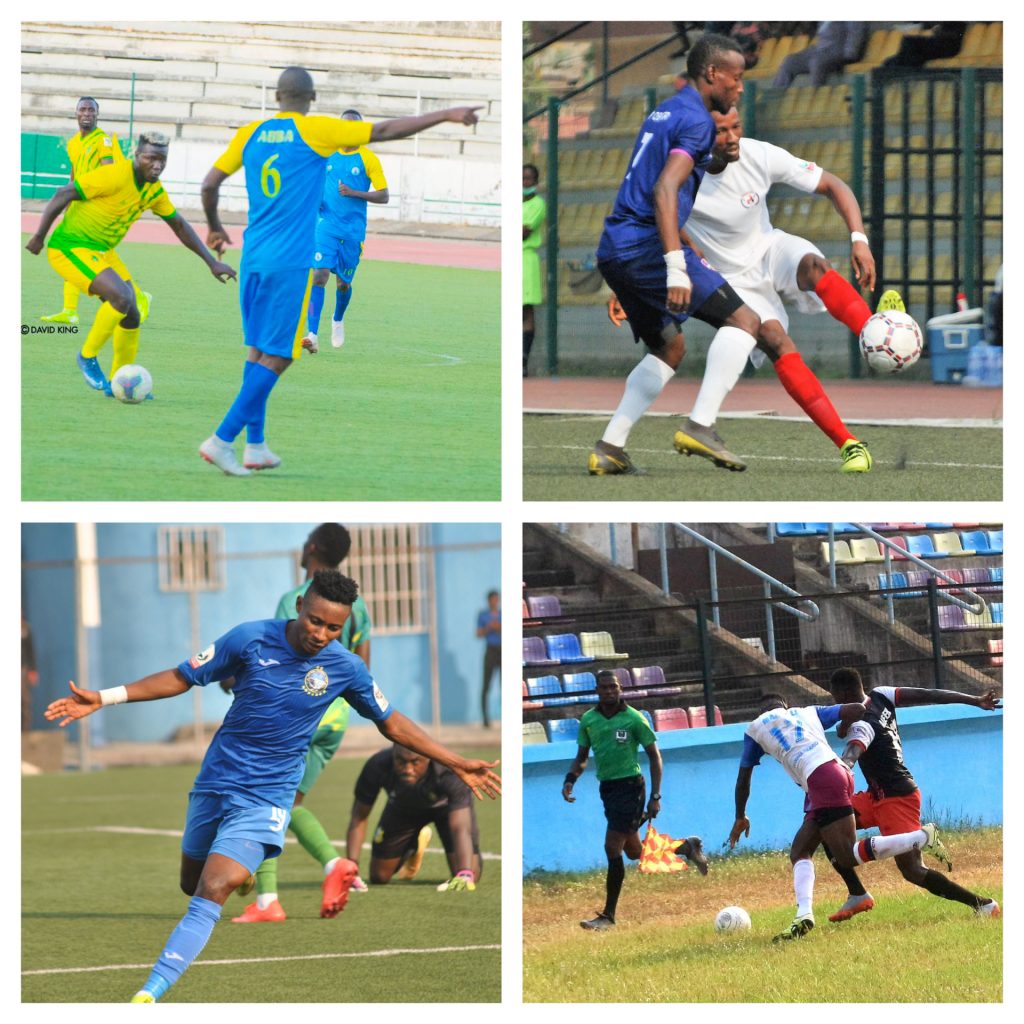 Matchday 5 produced three draws with no away team picking a victory.
Total of 18 goals was scored on Matchday five with Abia Warriors picking their first point of the season.
Africatopsports.com monitored the games which was streamed live via the NPFL.TV app.
Here was how things went on Matchday 5. 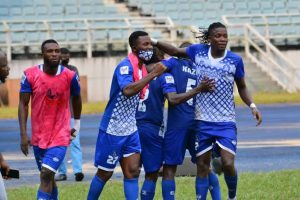 Rivers United thrashed visiting Heartland 3-1 at the Adokiye Amasiemeka Stadium to make it four wins in five games.
The Pride of Rivers saw their unbeaten run brought to a stop on Matchday 4 following a 1-0 loss to Wikki Tourists on Wednesday.
However, a return to their fortress saw them remain top of the league table.
They dominated the game from the onset in their norm of pushing for an early goal.
Godwin Aguda scored from the spot after Heartland player touched the ball with his hands inside the box.
Kazie Enyinnaya doubled the lead in hr 65th minute.
Shedrack Oghali who scored against Enyimba in Matchday 4 gave Heartland the hope of a comeback as the reduced the deficit to 2-1 in the 78th minute.
Just four minutes to end of time, Malachi Ohawume restored Rivers United two goal lead to make it 3-1. 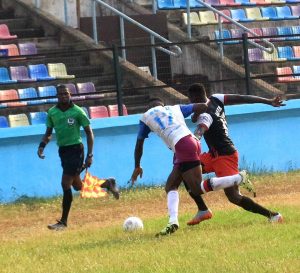 On a Sunday Oriental derby between FC IfeanyiUbah and Abia Warriors, it was two Christians that settled the tie.
Abia after a poor start to the season that saw them lost all their four opening games, finally got their first point of the season.
The three games must-win ultimatum handed by management of Abia Warriors  to Imama Amakapabo started counting on Sunday with the team picking their first point.
Christian Samuel gave Abia Warriors the lead just 9 minutes of play
But he caused his side the vital points after he was sent off as Christian Molokwu scored in 76 minutes to deny Warriors the three points. 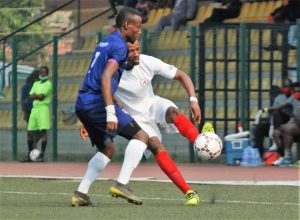 After a stop over to pay last respect to Ifeanyi George, Rangers went to Lagos and shared the points with MFM FC.
Both teams met for the10th time and nothing could separate them as they played 1-1 draw at the Agege Stadium.
Ugochukwu Ugwuoke’s 23 minutes goal for Rangers was cancelled out by Muyiwa Balogun in the 29th minute. 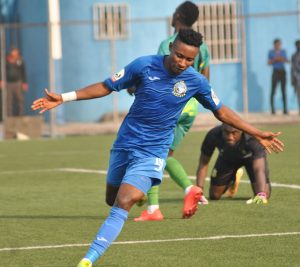 Kano Pillars unbeaten run in the NPFL was halted at the Enyimba Stadium, Aba following a 2-1 loss.

The Mai Su Gida side have gone four games unbeaten.
They won their two home games and drew two on the road.
But couldn’t replicate their impressive away performance as Enyimba put the worries of their 2-0 loss against Heartland FC on Matchday 4 to rrtum back to winning ways.
Two first half goals from Anayo Iwuala in the 21 minutes and Gabriel Orok (38) put Enyimba in front.
Fahad Usman 86th minute goal for Pillars was not enough to stop Enyimba from getting the three points.

A 90th minute goal from the spot by Austin Ogunye gave Lobi a narrow 2-1 win against Dakkada FC in Markurdi.
Dakkada FC gave Lobi a God run for their money as both teams met for the second time.
Samuel Mathias opened scoring for the 2018 champions before Christian Ekong equalised for Dakkada FC.
Yusuf penalty gave Kabiru Dogo men the maximum three points