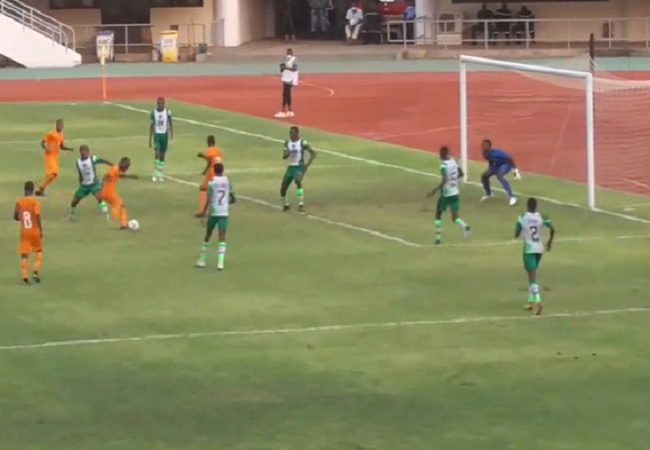 2021 WAFU-UFOA Zone B tournament closed doors Monday night at Kégué International Satdium in Lomé, Togo. Golden Eaglets failed to defend their title after Baby Elephants walked over them 3-2 in the final.

Ivory Coast have emerged as a tricky foe for Nigeria, beating the five-time world champions 1-0 in both countries opener twelve days ago.

In the 15th minute, Ivory Coast broke the deadlock through Sindou who slotted home following a corner. And seventeen minutes later goalkeeper Emuwahem made a great save to deny the opponents from doubling their lead.

Arguably Nigeria’s best chance to sneak in an equaliser in the first half fell to Christian Nwachukwu. But his long-range effort went over the bar in the 43rd minute.

Abdrumane Konate made it 2-0 just before the hour mark. And the Fatai Amoo-led side had a mountain to climb as substitute Seydou Traore scored a third for Ivory Coast with six minutes remaining.

Ahmed Abdullahi, on as a substitute in the 65th minute, scored two late goals. But the Golden Eaglets ran out of time to find an equaliser.

Despite the loss, Nigeria have qualified for the 2021 Africa U17 Cup of Nations in Morocco later this year.