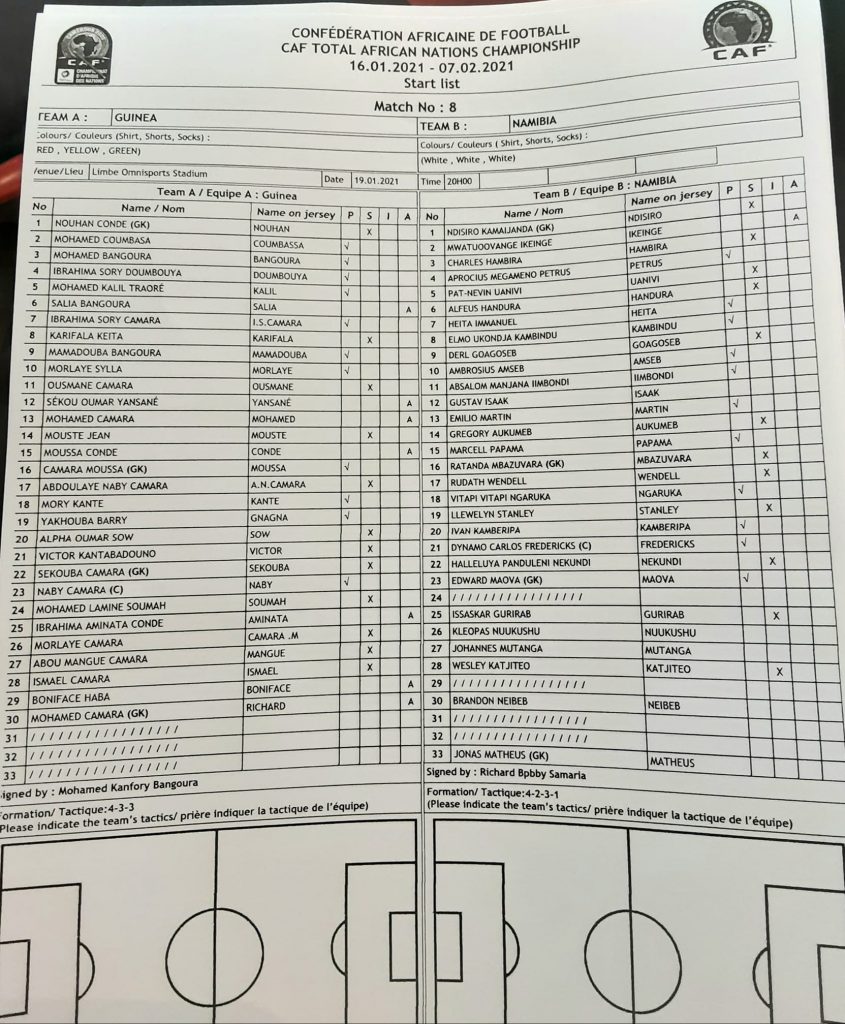 Guinea take on Namibia later on Tuesday night in a second match for Group D at the ongoing CHAN tournament in Cameroon.

The Brave Warriors are underdogs at the tournament even more considering that their domestic league back home has been in active for over a year.

On paper, Guinea are the favourites as they have participated in such a tournament several times.

Collins Sikombe penalty in the 62nd minute following a handball and Emmanuel Chabula’s 82nd minute strike was enough to gift Zambia the win at the Limbe Omnisports Stadium.